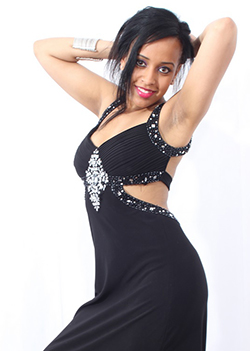 ORGNISERS of the Miss Zimbabwe UK have raised the standards this year, in a development that has been recognised by the community with several businesses and individuals supporting the event.
Twelve ladies will slug it out for the opportunity to fly the Zimbabwean flag high in the United Kingdom and a representative and ambassador to the world for their country of birth at the pageant which will be held at Luton’s Quality Skyline Hotel on August 23.
The contestants recently attended a three-day boot camp a three-day boot camp aimed at honing their skills in teamwork, creative thinking, confidence building and understanding and knowledge of the Zimbabwe’s culture and heritage.
Commenting on the experience, one of the contestants said: “We got empowered and inspired.
“You can tell that there was a lot of preparation as the sessions carried a high level of professionalism and at the same time there where fun and interactive; one of my best experiences ever.
“I am grateful for the help and the care that everyone showed. It was beautiful.”

Indeed an event previously ignored by the formal sector has turned a chapter, becoming a community flagship which draws “overwhelming support from individuals, parents, business communities and even the religious sector”.
Simba Media Global took over the brand Miss Zimbabwe UK two years ago, vowing to restore the pageant to its befitting glory and make it the pride of the community.
The new organisers have overcome various challenges and hurdles including public scepticism and smear campaigns to take the pageant to its rightful place.
“I am deeply moved at the response of the entire community this season, from the appointed team, the girls geared for the ramp, the sponsors, media houses and most importantly the Zimbabweans from all walks of life. It is both emotionally overwhelming and amazing,” said organiser Beritha Muzondo.
Organisers supporting the pageant include Moneygram, a leading money transfer organisation which has supported Zimbabwean community initiatives over the years.
Chiltern Support & Housing, a highly successful Zimbabwean run business, has also pulled all the stops in backing the event and chipped in with an “all-expenses-paid” holiday to any European destination for the winner of this year’s crown.Advertisement

Similarly, Senzeni Murau, the innovator and boss-lady of T444Z Hairfood product who scooped multi recognitions this year for her innovation and entrepreneurial skills has also thrown in her weight behind the pageant.
Not to be outdone, Mama Jumbe Restaurant has also offered a pre-event party on Saturday August 9, for the girls to calm their nerves prior to the big day.
Added the organisers: “If you haven’t bought your ticket yet, please do so now through our website www.misszimbabweuk.com before we sell out. This year’s event will be strictly by advance reservation.”