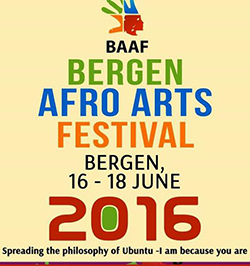 THE political satire and one-man play Missing Diamonds, I Want My Share by controversial veteran theatre producer, actor and playwright Silvanos Mudzvova has been invited to three festivals in Europe.
Silvanos will first perform at Bergen Afro Arts Festival 16th -18th June (Germany), Festival Op Roakeldais Warffum 21st – 27th (Netherlands) and Brussels Theatre (Belgium) between 29th – 3rd July 2016.
The show was first staged at Parliament Building last month only to be stopped after a few minutes by members of the Zimbabwe Republic Police (ZRP). The actor was arrested together with three local journalists and later discharged without being charged.
The play was later staged at Theatre in The Park and Bulawayo Theatre and was, in both instances, well-received by the appreciating audiences.
The physical theatre play was ably supported by Eric Tsabola with superb lighting and sound that helped to the missing diamond story.
“When I performed in front of the parliament building I wanted to remind the policy-makers that $15 billion was a lot of money and they should push the government to make investigations and arrest the diamonds thieves,” Silvanos told NewZimbabwe.com.
“But surprisingly, to date, the MPs are just quite about it, but they want to spend time debating and banning the production of quail birds, diverting our attention.”
Slivanos’ one-man play comes President Robert Mugabe revealed that $15 billion in diamonds revenue had gone missing from mining activities in the Marange and Chiadzwa districts.
The actor is not new to controversy though.
Two years ago, he released a satirical film Kumasowe which exposed how ZRP officers trying to ban the apostolic church sect church in Budiriro’ s high density suburb were assaulted and forced to run for their dear lives.Advertisement