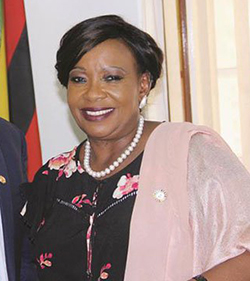 HARARE: Opposition political parties have expressed mixed feelings over the resignation from parliament of the Auxilia Mnangagwa, supposedly to concentrate on her First Lady role.
The development also raised eyebrows as her husband, President Emmerson Mnangagwa who took over power last November, has a limited mandate and faces a tough fight to remain at State House in elections that must be held by August this year.
Some political parties warned of repeat of the “disruption of government” witnessed under the widely loathed former First Lady Grace as she became ever more influential ahead of her aged husband’s ouster from power last November.
Ms Mnangagwa was representing Chirimhanzu’s Zibangwe constituency in parliament, a seat she won in 2015 after a by-election.
However, husband President Emmerson Mnangagwa told Zanu PF supporters at a rally Saturday that his wife was quitting the parliamentary seat to concentrate on “her roles as the First Lady “.
Since her husband’s controversial ascendancy to the presidency, Ms Mnangagwa has notably made several unannounced visits to the country’s resource deprived public hospitals to assess the situation.