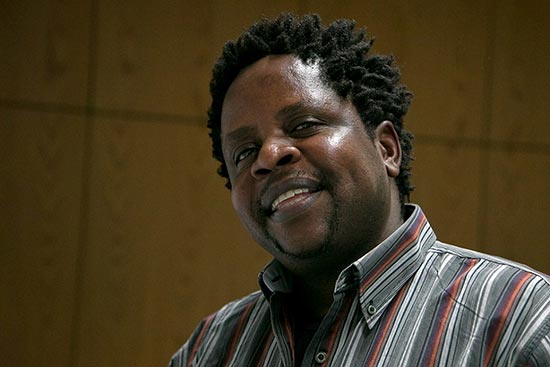 AWARD winning German based Cristopher Mlalazi`s musical, Soil of the Son, which has been rebranded to ‘Warrior’ will be one of the main highlights of the theatre programme at at this year’s Intwasa Festival KoBulawayo.
The spring arts festival, this year runs from September 26 to October 1, across six venues in Bulawayo. This year`s theme is, Expressions.
The Shaka musical which made its debut some thirteen years ago, has been reworked to include new traditional songs, dance and poetic language.
Set in history, the musical is a highly charged fantasised glimpse of the childhood of Shaka the Zulu King, and events that might or might not have led to his rise to power and ‘anger’ that forever changed the face of Southern Africa.
This musical, which has now been rebranded ‘Warrior’, will be showcased by Umkhathi Theatre Works and directed by Matesu Dube. The cast features Patrick Mabhena, Ishmael Muvingi and Nomvuyiso Mabi.
The production premiers at the festival on September 29, at the Bulawayo Theatre.
The musical attempts to tell the story of the childhood of Shaka the Zulu, up to the time he takes over the chieftainship of the Zulu people, but before he created the Zulu empire.
In an interview with NewZimbabwe.com Mlalazi said he was thrilled that the production has been selected to feature at the festival.
“It’s a perpetually young play as it’s is a musical based on history and tradition. It offers everything for everyone as it also delves into the art of questioning,” said Mlalazi.
He added: “We can say the musical is a fantasised psychoanalysis of the protagonist’s childhood.
“If we are to theorise, that factor in his childhood growth might have led him to be the legend or villain he ended up being as an adult, which also led to the creation of the Zulu Empire, one of the greatest at its time on the continent, and which ultimately led to the cold blooded assassination of the protagonist by his brothers.”
Mlalazi has previously penned another historical play, titled Nkulumane, which told the story of Mzilikazi and his son Nkulumane at the time when the prince had crowned himself King of the Ndebele when his father had gone missing.Advertisement