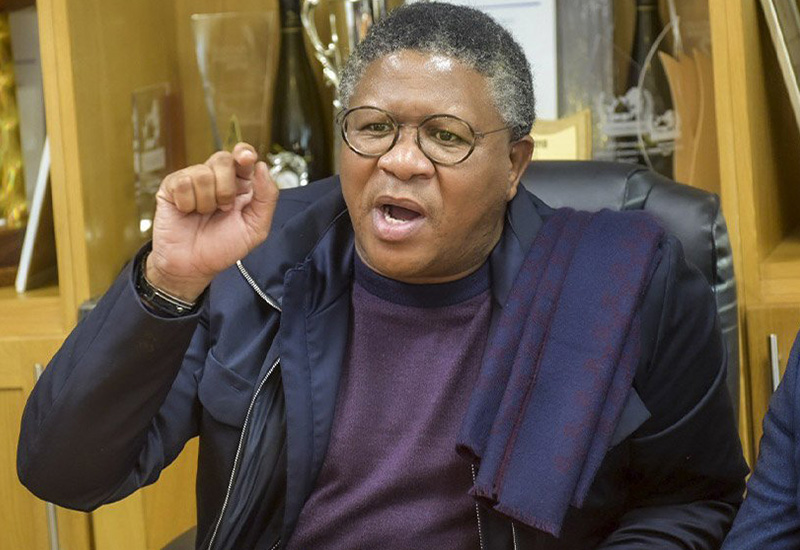 Addressing the media moments after being elected the party’s SG at the just concluded ANC national conference in South Africa, Mbalula said his party does  not subscribe to regime change agenda in Zimbabwe and would rather assist Zanu PF in turning around the fortunes of the country.

“There is so much excitement locally after the statements by Fikile Mbalula fresh from the euphoria of his ANC NEC win. However there should be caution when one realises that characters like Mbalula enjoy talking too much and playing to the gallery.

“Regime change is a preserve of the Zimbabweans to effect or not to. How does SA predetermine what choices Zimbabweans can and cannot make? For whose benefit and to what end shouldn’t regime change be effected? This is a lame and populist utterance by an excitable person.

“Zimbabwe’s issues are a statement of public record and knowledge. Why would the British and US be bothered to change their tact towards us? We just need to focus and deal with issues within our control. This blame game has not taken us anyway. That makes his patronising words sick!,” said Mliswa.

Mbalula also pledged the ANC will support Zimbabwe in its quest to have sanctions imposed on it by the West lifted.

ANC has in the past called for the lifting of the Western imposed embargoes arguing they have led to an influx of immigrants in their country and consequently strained social service delivery.

Added Mliswa: “That’s why for all the many issues of substance that Zimbabwe faces he chose to prance for hollow adulations by focusing on the populistic. Are sanctions central to our problems vis-a-vis other bigger problems we have? Why not address them all and also if he is sincere?

“If he is sincere about their sister party Zanu PF turning things around and being protected from a regime change agenda, why not address its myriad shortcomings and cite issues that actually and presently imperil it?

“The very recent ANC NEC results which returned Mbalula and Ramaphosa is itself a scandal which the former should be focusing on. Ramaphosa has become a version of Wadyajena, surviving in politics through buying support while facing court challenges.”