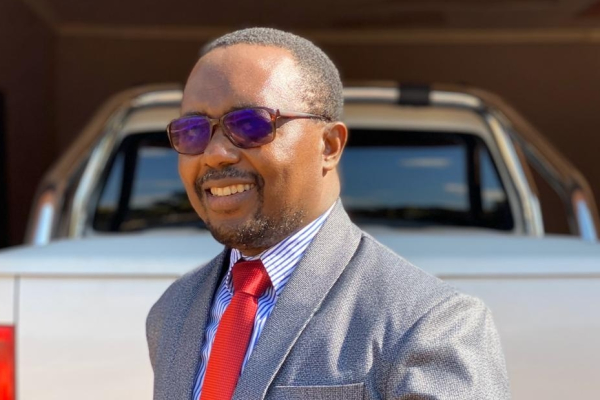 CONTROVERSIAL Norton legislator Temba Mliswa has been accused of launching a smear campaign against Shurugwi South MP Edmond Mkaratigwa in a bid to wrest control of the Zanu PF constituency from the latter.

It is still not clear he will stand as an independent candidate after his attempt to rejoin Zanu PF was spurned by the party last year.

The independent lawmaker and Njovana are said to be accusing Mkaratigwa of abusing government’s Constituency Development Fund (CDF) awarded to MPs to help develop their areas.

“Mliswa wants this seat after realising that he is no longer wanted in Norton.

“He has been here a few times recently and has been making moves which suggest he is keen to contest here and he is working with Njovana,” a source said.

“Njovana has clearly said he is preparing Mliswa’s road to 2023.”

However, in an interview this week, Mkaratigwa said he did not mind anyone competing for office as this was a democratic right but said that should be done without levelling false accusations against him.

He also took the opportunity to clear his name from the CDF abuse accusations.

“We are in the new dispensation and people should just do away with these cheap politicking gimmicks,” said the politician.

“For the record, I have every documentation of what we are saying. To start with, in the constituency, we have a Constituency Development Committee comprising of highly skilled professionals who handle all the funds and I am in no way directly involved.”

He said the money in question was deposited into a CBZ trust account following which the committee sat down and agreed to buy cement.

Resultantly, he said, they procured 1200 bags of cement with each ward getting 80.

“In my constituency, the Constituency Development Committee (CDC) identified different projects they wanted to embark on in every ward.

“It was agreed by the committee to access the resources on a first come, first served basis although generally, each ward had its allocation of 80 bags of cement.

“Ward 3 initially wanted the electrification of their clinic and that project was more expensive for our budget hence they had said they could get the finances for their requisite project later.

“When money was released by parliament, the committee as noted, agreed to buy cement and in particular two truckloads of cement were bought for the cement and that made up 1200 bags which were delivered directly from Portland Cement Bulawayo, without middlemen,” he said.

He added that the 1200 bags of cement were kept at Pakame Mission High School using the mission’s warehouses and the CDC further introduced a control system and they used stock control sheets.

“Fourteen wards collected their share of 80 bags from Pakame Mission within the reasonably expected time and only one ward under Njovana did not collect their portion within the stipulated time. They could have done so because cement was not their main priority but electricity,” he said.

The Zanu PF lawmaker said Ward 6 that was busy constructing weir dams had a shortage of cement and the committee made a resolution in a properly constituted meeting, to advance the cement to Ward 6 as Ward 3 was still brainstorming on its proposed project.

“Ward 6 therefore used 160 bags on the basis that the cement would become unusable if it was stored for too long and, we also did not want to over-burden the Mission that had provided the secure storage facilities,” he added.

He said some constituencies drilled and installed boreholes while others embarked on reasonably bigger projects like weir dams in line with the Constituency Development Committee’s approvals as duly constituted and procedurally directed by the Committee of Parliament.

Said the MP, “Ward 3 later came up with a project to build some school facilities, but it was very late and the Committee agreed they will have their share off-set in the soon coming allocation.

“The financial balance was used for buying mesh-wire for nutritional gardens for the constituency and we had to keep the finances in stock form to lock its purchase value,” he added.

Mkaratigwa said there was no way he would abuse CDF when he has done a lot for the constituency using his personal funds.

“I have actually done a lot of work both in the constituency and in the country broadly. I donated Computers at Makonde Primary, Dombotombo Secondary, Gato Secondary and electrified and implemented a number of water and sanitation projects starting from the village and around the constituency. Electrification was done particularly at the business centre, and several other schools also,” he added.

Currently, he has commenced a half a million United States dollar electrification project for Mavedzenge Primary School and villages around Mupangayi area in Ward 11.

He has been paying fees for several children in the constituency.