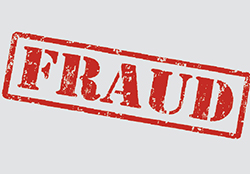 HARARE magistrate Elijah Makomo last Friday postponed to next year the trial of Minerals Marketing Corporation of Zimbabwe (MMCZ) executives accused of siphoning over half a million dollars from the parastatal.
The trial of MMCZ acting general manager Richard Chingodza, 41, and the company’s acting deputy general manager (finance and administration) Hannan Tongai Chitate, 35, who allegedly swindled $625 226,88 will now start on January 5.
Prosecutors say Chingodza and Chitate allegedly awarded themselves unapproved allowances and loans.
The two executives are being represented by Admire Rubaya and face fraud or, alternatively, criminal abuse of office charges as public officers and theft charges.
They are out of custody on $5,000 bail each coupled with stringent reporting conditions.
It is state’s case that the MMCZ reporting structure is such that the general manager, who is the head of the corporation, reports directly to the MMCZ board, which is chaired by the Permanent Secretary in the Ministry of Mines and Mining Development.
The deputy general manager (finance and administration) reports to the general manager while the permanent secretary implements MMCZ policies in liaison with the board.
All MMCZ employees require approval from their superiors whenever they apply for loans and the general manager is required to seek approval from the board chairperson on all requests while the deputy general manager’s applications are approved by the general manager in consultation with the board chairperson.
However, contrary to their duties and without following procedures, Chingodza and Chitate acting in connivance, the State alleged, fraudulently awarded themselves allowances and loans amounting to $625,226.88 over a period extending June 2013 to April this year.
Chingodza, the court heard, benefitted to the tune of $390 985 which he awarded himself on various occasions as an acting allowance, medium-term loan, education loan, long- service award and back pay.
Chitate reportedly pocketed $234,241 on the pretext that the money was for his education, acting allowances and back pay.
Molyn Mutamangira Mavhondo prosecuted.Advertisement