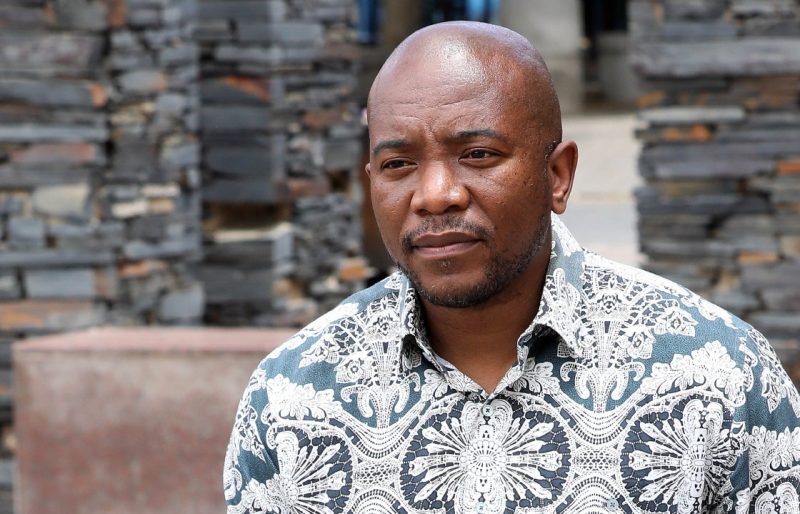 ONE SA movement leader Mmusi Maimane says the DA opening the door to a coalition with the ANC is “an admission of defeat” and “recognition that they can’t grow”.

Maimane lashed out at his former party on Twitter after a Sunday Times report in which leader John Steenhuisen said he has opened the door to a possible coalition with the ANC should there be a stalemate in the 2024 elections — but only if President Cyril Ramaphosa is still its leader.

According to the report, Steenhuisen said the DA ran a weak campaign in the 2019 national and provincial elections under former leader Maimane, which was why it lost support.

Steenhuisen told the Sunday Times that the DA was keen to work with “reformists” in the ANC — such as the president — to lift SA out of the doldrums.

However, he said the DA would not become involved in any political marriage that included deputy president David Mabuza or ANC secretary-general Ace Magashule.

“We ended up having this wishy-washy campaign that, in trying to appeal to everybody, ended up not appealing to anybody,” said Steenhuisen.

Maimane said in his post that the DA being open to the coalition with some ANC factions signified that “they are officially out of opposition and are now themselves a faction of the ANC”.

“It’s an admission of defeat. A recognition that they can’t grow.”

Maimane refused to accept sole blame for the DA losing in the 2019 elections.

“I wanted us to grow our voter base among the middle class and the youth of SA. John and Helen [Zille] closed that gate. As you can see from their current messaging and tactics.”

He accused Steenhuisen and Zille of not caring “about fixing the problems of this nation”.

“They care about the Western Cape and maintaining power there.

“They have given up on the national project and are now going back to the historic voters of the party and abandoning the rest. It’s obvious.”

Maimane said he had moved on from “failing political parties that do not want to be honest with the people”.

Steenhuisen also took a swipe at ActionSA leader and former Johannesburg mayor Herman Mashaba, saying he had failed to turn the city around because he was “dancing to the tune of the EFF”.

Mashaba said in a statement on Sunday morning that he noted the Sunday Times report “in which the DA has abandoned the project of unseating the ANC, apparently adopting the philosophy of ‘if you cannot beat them, join them”’.

“ActionSA does not delight in this latest news. It is tragic for our democracy that the official opposition has added to this by electing to become a third faction within the ANC.

“There is no good ANC and bad ANC; only the ANC that has looted, failed and deprioritised the SA people over their own agenda of patronage.

“I will not respond to the attack Steenhuisen has launched against my mayoralty. His dishonesty is proven by his amnesia that it was he, and not me, that was one of the many who voted for the arrangements which depended on the EFF in coalition.

“His remarks, especially when it comes to allegations of tender interference are libellous [defamatory] and our legal team will address this with him directly.

“While Steenhuisen may wish to blame the 2019 election campaign on anyone he can, the observation by Somadoda Fikeni seems set to be accelerating under the leadership of Zille and Steenhuisen where ‘the DA is busy mutilating itself in a corner, unprovoked’.”