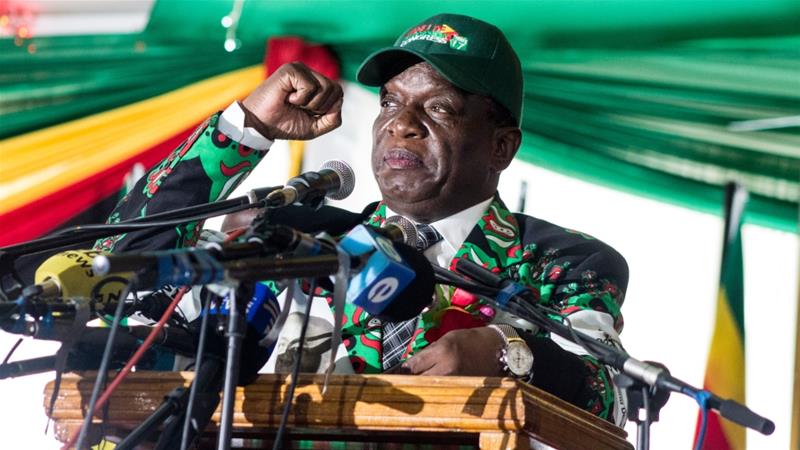 A HARARE activist arrested for allegedly denigrating President Emmerson Mnangagwa during a one-man protest has denied staging the demonstration.

Gustiv Kativhu, 45, told a city court last week that he was still confused about his arrest. He was challenging his arrest before Harare magistrate Rumbidzayi Mugwagwa.

The activist was arrested at the Robert Mugabe square in the capital where the ruling Zanu PF party had met to endorse Mnangagwa as party leader in December.

He was protesting outside the venue carrying anti-Mnangagwa placards. Some read: “Mnangagwa killed my friend. Zanu-PF is giving jobs to China. Mnangagwa–Chiwenga diamond mafia. Chiwenga don’t beat vendors, give them jobs.”

However, Kativhu told court last week that he confiscated the placards from a roadside artiste.

“I only rescued the artiste because I knew the placards would land him in trouble,” he said.

“I was on my way to dispose them in Dzivarasekwa where I stay when I passed through the conference ground and got arrested.”

Prosecutor Michael Reza dismissed the claim, saying the activist should have sought transport in the capital’s CBD instead of walking over three kilometres to the Harare Showgrounds.

But Kativhu was shot back, telling Reza that that he was free to board kombis wherever he wanted, adding that he wasn’t aware there was Zanu PF’s a conference taking place in the capital.

Quizzed by Reza on who was killed by Mnangagwa, Kativhu said only the roadside artiste could respond to that since the latter made the placards.

The activist is being represented by Harare lawyer Job Sikhala who said his client’s disorderly conduct on initial remand was a result of psychological trauma following abuse by “Zanu PF thugs”.

Magistrate Mugwagwa deferred the case to a later date.