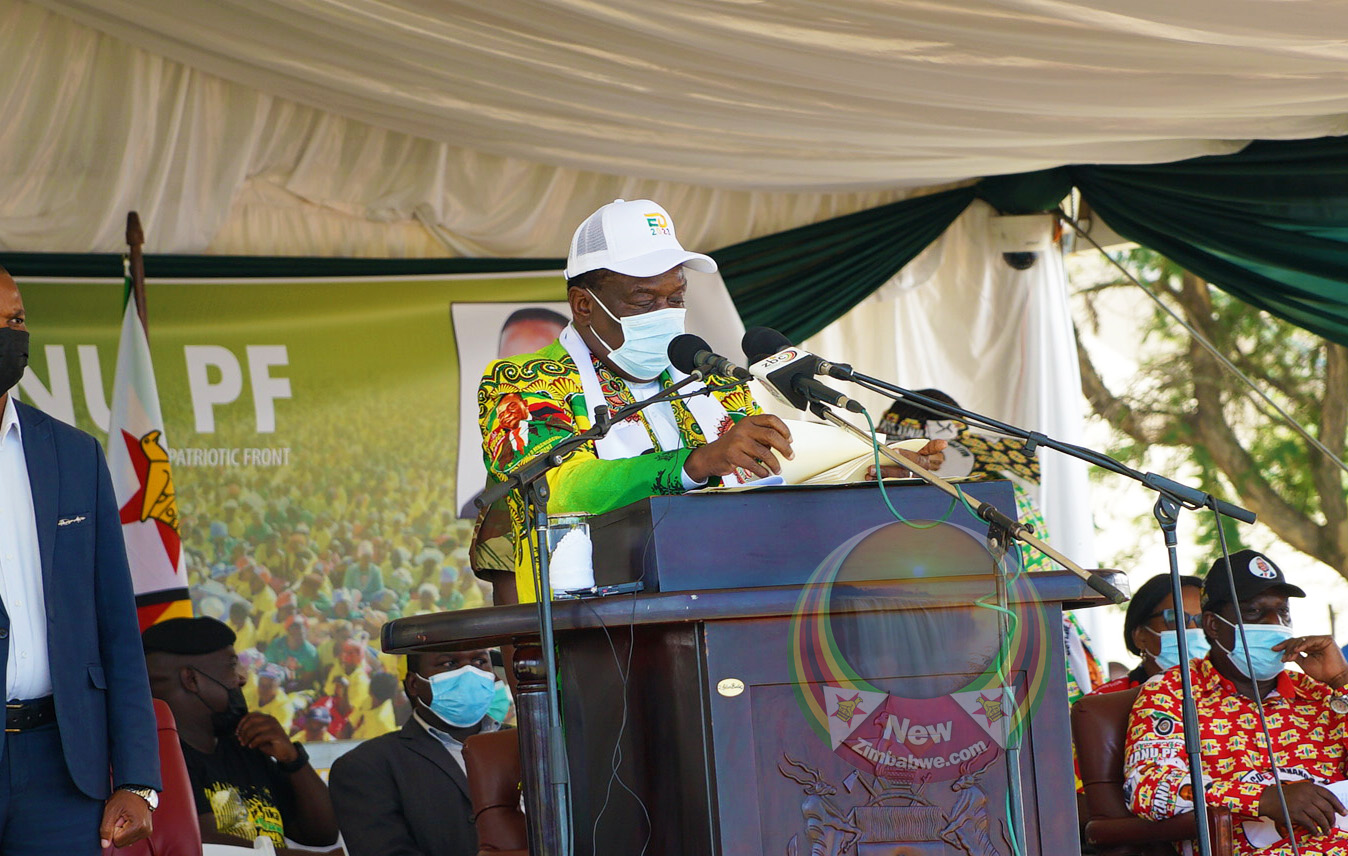 Speaking at the party’s March 26 by-election national campaign launch at Epworth High School in Harare on Saturday, Mnangagwa urged his brawling lieutenants to desist from engaging in divisive politics.

“I am aware that we have by-elections in the provinces and got reports the primaries were chaotic. Yes, conflicts are allowed in the party but when a candidate wins, we must all accept the result and rally behind the one who has succeeded. This time around, the girl child (Zalera Makari) has won,” he said.

“We do not want thieves. I am told some of the candidates ran away with ballot papers during primary elections. If you are the one who disappeared with ballot papers. let it be the last time. Zanu PF loves peace. Peace is in our DNA and we say no to violence,” Mnangagwa said.

“If you choose to join this party you do not create your own laws. You must follow the laws that are in the party. Respect the laws of the party. Do not join the opposition. Zanu PF haibudwi. Kunze uko kune chando, ifridge kunze uko,” he said.