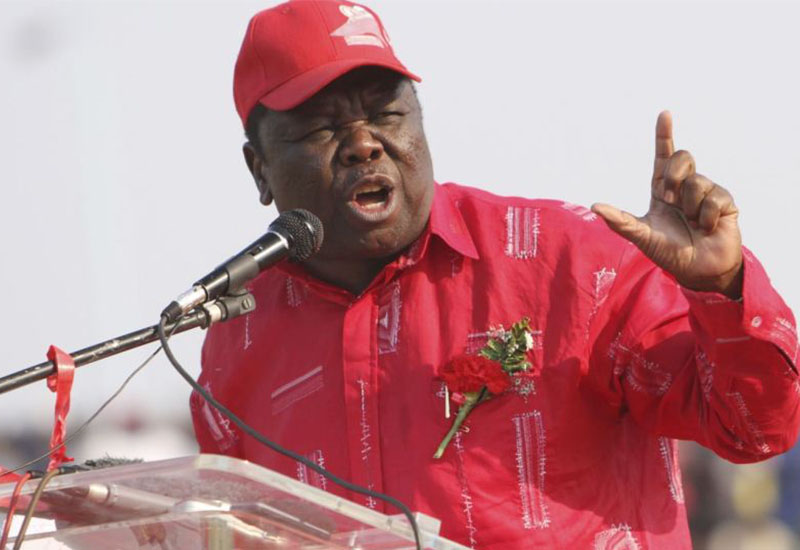 Man of the people, the late Morgan Tsvangirai
Spread This News

PRESIDENT Emmerson Mnangagwa, will not be attending the late MDC leader and former Prime Minister Morgan Tsvangirai’s memorial service to be held in Buhera Saturday.

Tsvangirai died on Valentines’ Day last year and was accorded a State assisted funeral. His family announced it had invited Mnangagwa to the memorial service.

However, Tsvangirai’s young brother and family spokesperson Manase told newzimbabwe.com in an interview Friday, that the President would instead be represented by an official whose name the family was yet to be advised.

“President Mnangagwa has a busy schedule and will not attend but he has promised to send a representative,” said Manase.

Mnangagwa and Chamisa have avoided each other in the aftermath of a bruising election last year, won by the Zanu PF leader amid claims of rigging from the opposition.

With calls for dialogue in the post-election period growing louder, Mnangagwa early this year set up a platform, in which he has invited all candidates in the 2018 presidential election but Chamisa has refused to be part of what he has described as a “choir of people who agree.”

Tsvangirai’s memorial would have provided to two protagonists, with a first face to face meeting since the election but it seems the opportunity has also been lost.

Manase also revealed an unnamed Zambian opposition leader would be guest of honour.

“We invited all people, from government to political parties, civil society, diplomats and friends. Some have confirmed, while some have not. Maybe they will just come. We have invited his friends and someone from Zambia will be guest of honour,” he said.

Manase in describing his brother’s character juxtaposed him with former President Robert Mugabe.

“I don’t know if we will ever get a man like Morgan. He was a unifier who was quick to forgive. Unlike Mugabe who kept grudges and seemed to hate a person including their shadow,” the Tsvangirai family spokesperson said.

“You all know Morgan won elections in 2008 but they denied him victory. Even Mugabe admitted that Morgan won. However he (Tsvangirai) argued that he could not continue to create problems for the country by claiming victory so he agreed to a Government of National Unity for the sake of all of us. That should give you an idea of the kind of man we lost. I am certain every Zimbabwean, somehow finds inspiration in Morgan across the political divide.”

Tsvangirai, according to official statistics won the first round of voting in March 2008 but failed to garner enough votes to take power. Mugabe was to call for a run-off election that turned into a bloodbath after the then Zanu PF strongman, unleashed party youths as well as sections of the country’s security services to force citizens to vote him back into power.

The late MDC founding leader pulled out at the eleventh hour, citing systematic State sponsored violence in which over 300 of his supporters were killed while thousands were displaced across the country.

Mugabe and Tsvangirai were pressured by the international community to form a coalition government that lasted until the 2013 elections.
Asked if the family had relented regarding its wish to stop those attending the memorial from bringing political party regalia, Manase said they had been misunderstood.

“Our idea was to try as much as possible to avoid friction. You know the MDC is going to congress and nominated candidates could take advantage of this memorial to campaign. It means anyone could bring their own t-shirts and the possibility of clashes will be there. That could bring the party into disrepute in our humble view,” he said.