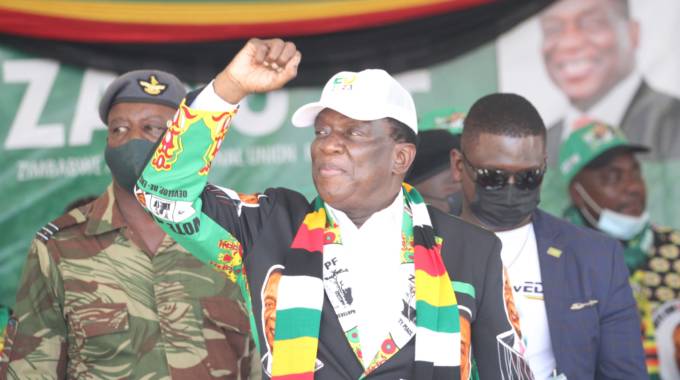 PRESIDENT Emmerson Mnangagwa claims the demise of integrated steelworks company, Zimbabwe Iron and Steel Company (Ziscosteel), was caused by white people who sabotaged it from the time Zimbabwe got its independence in 1980.

Ge said this while addressing a Zanu-PF rally in Kwekwe Saturday.

“For over 20 years, Ziscosteel has been down. At its peak Ziscosteel used to employ between 6000-7000 and those from the downstream industry. The company gave iron and steel to the entire region including East Africa and overseas countries,” he said.

Mnangagwa said whites were unhappy with the black majority rule in 1980 and then started to sabotage the company.

“When we gained independence in 1980 as Zanu PF the whites were very unhappy. They started to sabotage Ziscosteel until it was brought to its knees,” he said, without explaining how the whites sabotaged the company.

He said after frantic efforts to court a foreign investor, his administration decided that the best decision was to allow a local investor to revive the company.

While Mnangagwa blamed the whites for sabotaging the company, reports indicate it was brought down by systematic corruption.

A 2006 parliamentary inquiry established that the Redcliff plant was brought to its knees by grand looting by government ministers and other senior officials.

However, the report was never published.