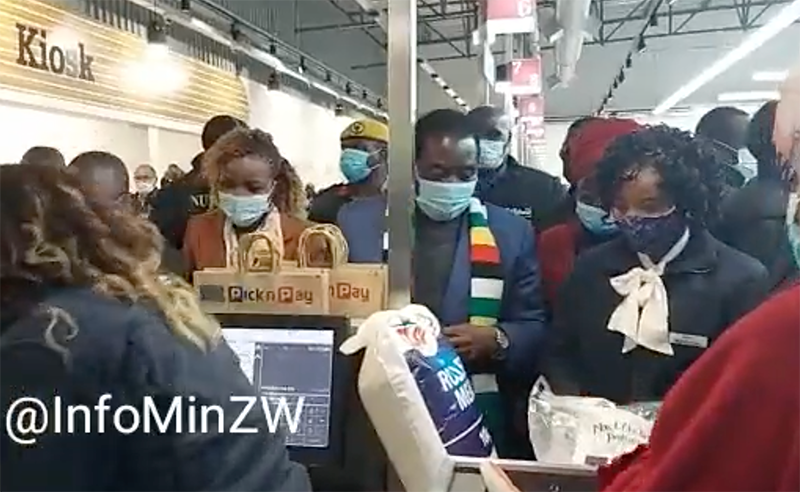 The clip was supposedly aimed at showing that the Zanu PF leader is not tone deaf at a time the majority poor are reeling under a cost of living crisis amid world record inflation.

However, Zimbabweans who responded to Mangwana’s tweet say they more interested in what Mnangagwa was doing about the cost of bread, not whether he was aware of the its pricing.

Said one Takudzwa Ngadziore:
“You’ve suddenly forgotten that Zimbabweans don’t care if he knows ? They care if he DOES something to make the situation better ! To make the bread affordable for all. Even if he knows, does it change the rate ? ZERO !”

Some ask, “does the President know the price of bread?”. Yes he does. In this clip you see him buying bread, cooking oil, rice, mealie meal, meat, drinks and potatoes. The President paid using his ZWL ZimSwitch card. pic.twitter.com/Me0g3ioOAt