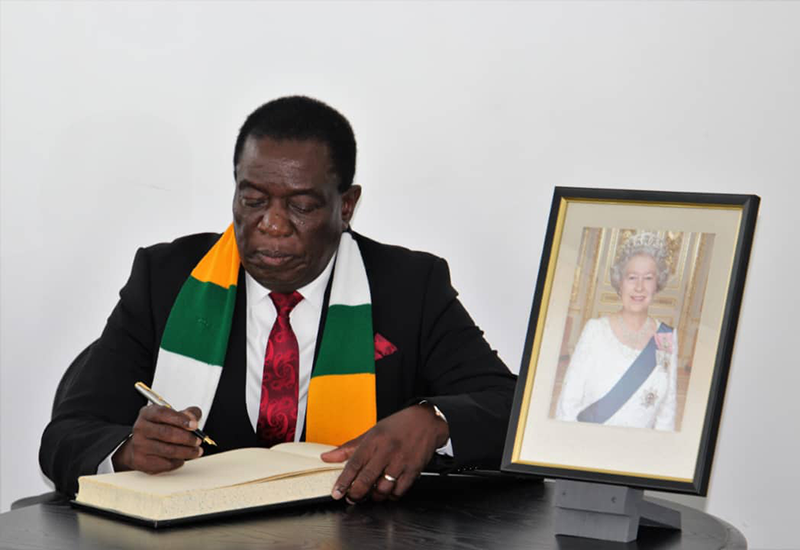 PRESIDENT Emmerson Mnangagwa has claimed that he refused to go to the British embassy in Harare to sign the book of condolences following the death of Queen Elizabeth 11 earlier this month.

According to The Herald newspaper, Mnangagwa made the remarks while addressing Zanu PF supporters in the United States where he attended to the United Nations General Assembly.

The Zimbabwean leader said he cited sanctions imposed against Zimbabwe by Britain and its western allies. The sanctions include travel bans against those affected.

In terms of the Vienna Convention on Diplomatic Relations, embassies and consulates are legally considered the territories of countries they represent.

Mnangagwa told supporters in New York that he initially refused to go to the British embassy in Harare to sign the book condolences.

“When the Queen (Elizabeth II) passed on recently, I was invited to go and write my condolences at the British Embassy in Harare. So my Foreign Affairs (and International Trade) Minister (Ambassador Frederick Shava) went there and he told me that the Australian and Canadian ambassadors were there waiting for me to come,” he explained.

“I then sent a message to the Foreign Affairs Minister to come back because I was not going there. 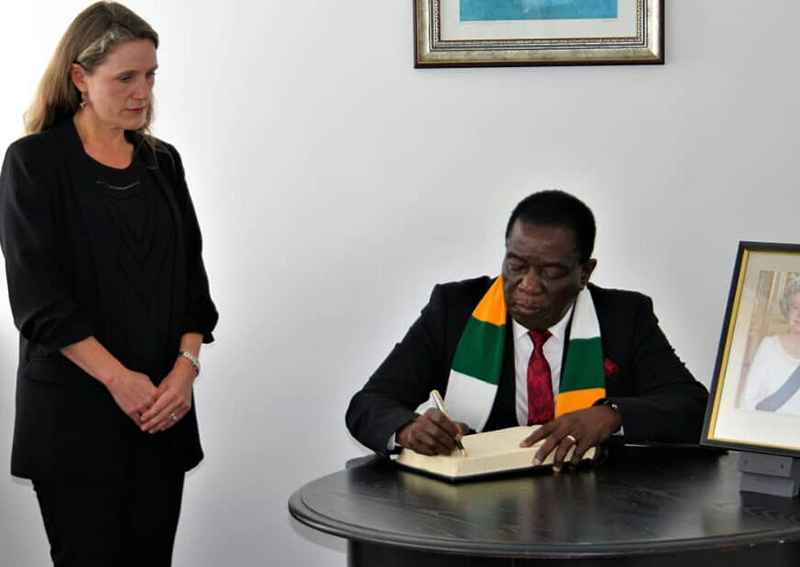 The Zanu PF leader said he only relented after getting formal confirmation from the British ambassador to Zimbabwe Melaine Robinson that he was not banned from travelling to the UK.

“We insisted until we got a formal invitation saying that I can go to the embassy and that I will not be contravening anything. He (Ambassador Shava) persuaded me to go, I then went to the embassy to sign the book of condolences.”

Mnangagwa also confirmed that he was formally invited to attend the funeral but decided to send his foreign affairs minister.

“Thereafter, I received a formal invitation to the funeral. I said I had assigned my Ambassador (to the United Kingdom Colonel Christian Katsande) to represent Zimbabwe at the funeral,” he said.

“I then sent a message through him that I am upgrading my representation from Ambassador to Minister, so I sent the Minister. I am saying this because we should not be moved around like little boy.”

Mnangagwa and his Zanu PF regime accuse the UK of corralling its western allies to impose sanctions against Zimbabwe more than two decades ago to punish the country for its controversial land reforms.

Government blames the sanctions for the country’s economic problems but critics the targeted sanctions are a convenient scapegoat for a regime that has ruined the country through economic mismanagement, corruption and electoral fraud human rights abuses.

Thank you Your Excellency President @edmnangagwa for your visit to the Embassy this morning to sign the condolence book for Her Majesty Queen Elizabeth II. Grateful for your kind words at this time of deep loss and reflection. pic.twitter.com/RviDpxvEku