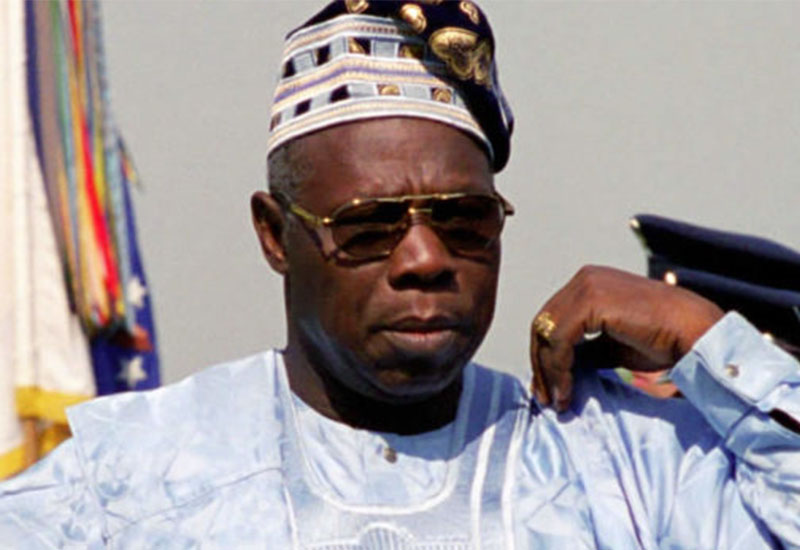 Obasanjo was in Zimbabwe on a whistle-stop visit, to launch a book he co-authored with Biti, former Liberian President Ellen Johnson Sirleaf, Gregg Mills of the Brenthurst Foundation and Jeffrey Herbst from the American Jewish University.

The trip had taken him to South Africa and was due to leave for Malawi late, Thursday. According to Biti Obasanjo was accorded presidential treatment in South Africa.

“We have been to South Africa and they did not great us the way we have been treated here. They certainly did not confiscate our books and President Obasanjo was travelling in a presidential convoy provided for by the South African government.

“Unfortunately this government is not like that and these are some of the things we hope to rectify,” Biti said.

A consignment of books destined for the Zimbabwean market was apparently seized by authorities at the Robert Mugabe International Airport.

State media claimed Biti had tried to smuggle the books into the country without paying tax before authorities pounced.

But Information Ministry secretary Nick Mangwana said government had not been made aware Obasanjo was visiting.

“Government is not ware of the alleged presence of His Excellency former Nigerian President Olusegun Obasanjo in Zimbabwe. Should he have been in Zimbabwe and we were aware of his presence, we would have given him the right facilities and protocol commensurate  with his status,” said Mangwana.

Obasanjo seized power in Nigeria in 1976, ruled for three years before handing over to a democratically elected leader Shehu Shegari in 1979. He was to return to power 20 years later after being elected as president bringing to an end a series of brutal military regimes that had blighted Africa’s most populous nation.

The former military general however refused to comment on prospects of Zimbabwe’s transition following the coup that toppled former President Robert Mugabe in November 2017.

“I am not commenting on Zimbabwe now. I will comment when I come back,” Obasanjo said when asked if he thought Zimbabwe was on the right path towards democracy.

In 2003 Obasanjo crossed swords with former President Robert Mugabe as part of a three leaders Commonwealth Troika that included then Australian Prime Minister John Howard and South Africa’s then President Thabo Mbeki that made a decision to suspend Zimbabwe from the club of former British colonies.

The decision angered Mugabe who lashed out at the grouping arguing the decision had racists undertones.