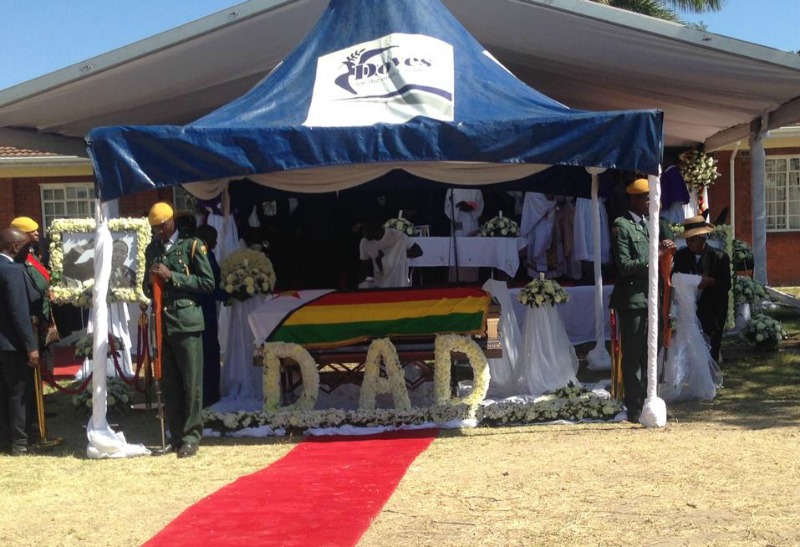 GOVERNMENT has stopped construction of what was supposed to be late former President Robert Mugabe’s mausoleum at the National Heroes Acre, two days after he was buried at his rural Zvimba home, NewZimbabwe.com can reveal.

Information Deputy Minister Energy Mutodi told NewZimbabwe.com Monday that the project would not make sense given Mugabe had now been buried.

“The mausoleum was earmarked for him at the request of the family and they had change of mind after construction had already started, so obviously, construction will stop,” Mutodi said.

He added: “There is no reason why it has to be continue to be constructed. Government will not waste taxpayers’ money to construct something that will not be used any time soon.

“Definitely, it is not going to kick off. It’s going to be stopped.”

The mausoleum that was being constructed at a cost US$1 million had been a compromise agreement between President Emmerson Mnangagwa’s administration and the Mugabe family after controversy over where he would be laid to rest.

The usually busy site was quiet, with trucks that had been going up and down parked early morning at the closely guided shrine.

It was being built at the top of the Heroes Acre hill, right next to the iconic Eternal Flame Tower.

Mnangagwa who battled to have Mugabe buried at the Heroes Acre, lost out at the last minute on Friday when the family announced it was interring his remains in Zvimba as per his last wishes.

He maintained future Presidents could have their remains interred in the mausoleum upon their death.

Mugabe died early September in Singapore and was supposed to be buried at the National Heroes Acre.