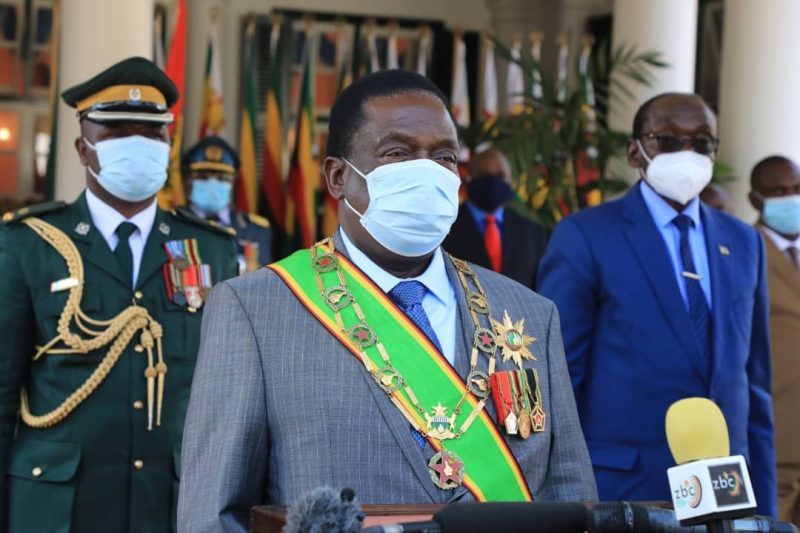 He made the remarks in a message to mark this year’s Defence Forces Day.

Mnangagwa’s message came when opposition political parties, civil society, SADC, the African Union (AU), and the international community have raised red flags over the manner in which the army and the police were operating, beating and maiming ordinary citizens.

“This occasion is happening on the backdrop of successive accomplishments by our defence forces to defend our motherland Zimbabwe from detractors, divisive elements and enemies,” he said.

“The commemorations which we are holding this year under the theme, ‘ZDF: Celebrating 40 Years of Excellent Service to the People,’ are taking place under yet another wave of aggression manifesting through illegal sanctions, hostile anti-Zimbabwe propaganda, mounted on social media platforms and other forms of asymmetrical warfare meant to break unity within our forces.

“In executing its constitutional mandate, the ZDF has since its formation acquitted itself with distinction and high professionalism and for this they deserve a big compliment,” said Mnangagwa.

“Zimbabwe has continued to enjoy peace largely attributable to the ZDF’s vigilance, loyalty, commitment and dedication to their constitutional obligation of defending the country and its people.”

Mnangagwa, who is also Commander in Chief of the ZDF, praised the manner in which the army had handled the foiled 31 July protests when dozens of people mainly opposition members were arrested.

“Thank you once again for remaining calm and peaceful in the wake of some misguided calls for violent protests and demonstrations by opposition elements with support from foreign and civil society supporters and backers.”

This year no fun fair accompanied the main celebrations that are usually held at the giant National Sports Stadium in Harare due to the national Covid-19 lockdown.