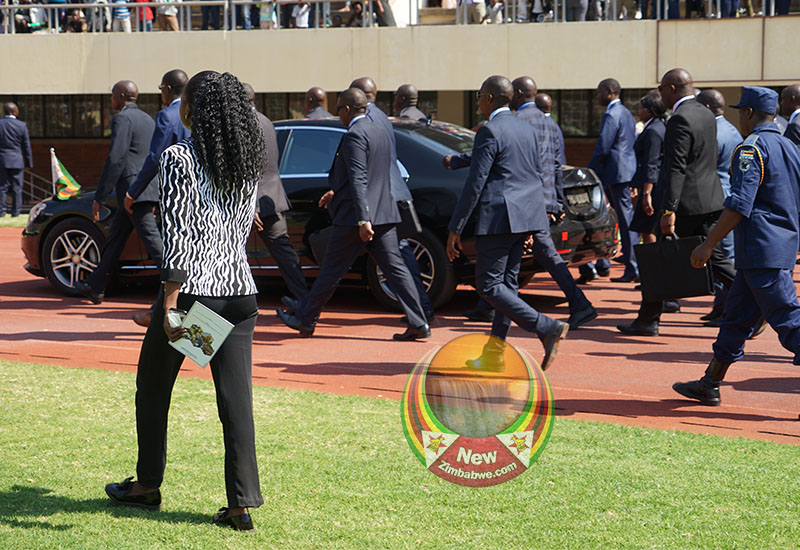 Below are pictures captured by NewZimbabwe.com at the Defence Forces Day celebrations; 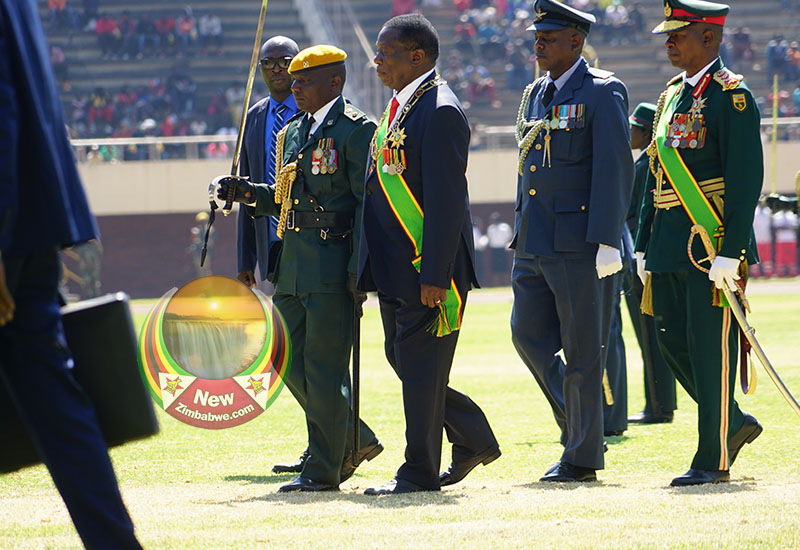 Unlike his predecessor Robert Mugabe who would go around all regiments during the inspection of the guard of honour, Mnangagwa, probably for security reasons, performed an l-shaped inspection before taking his seat 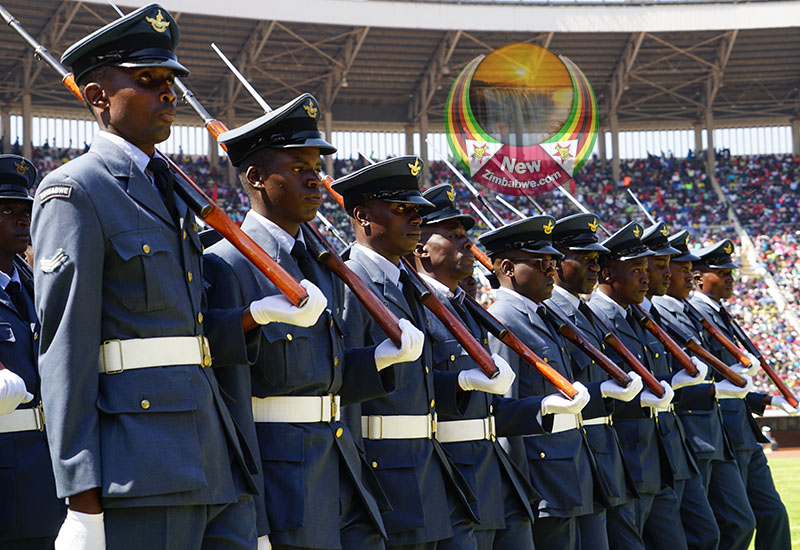 As usual, the Airforce regiment looked resplendent in their sky-blue uniforms 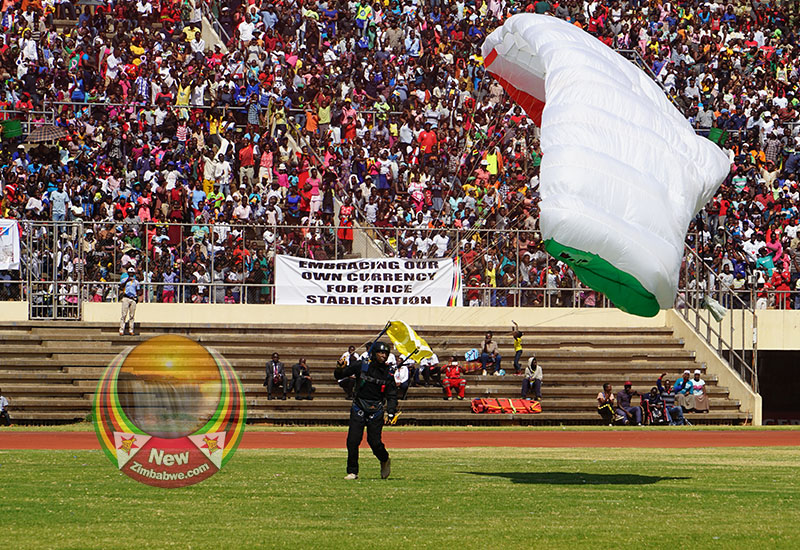 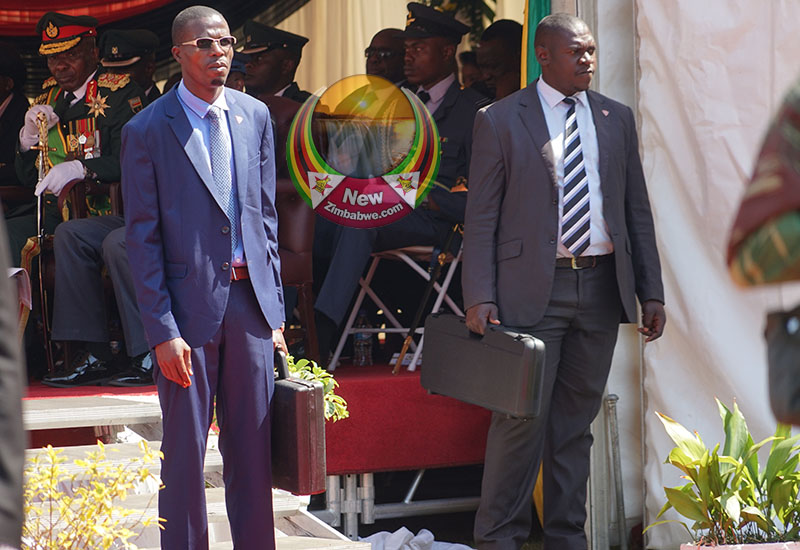 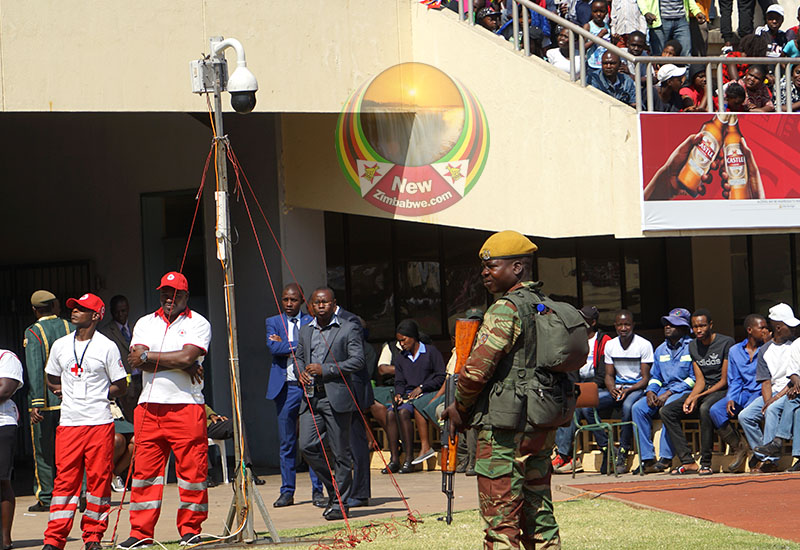 Security cameras galore as Mnangagwa left nothing to chance 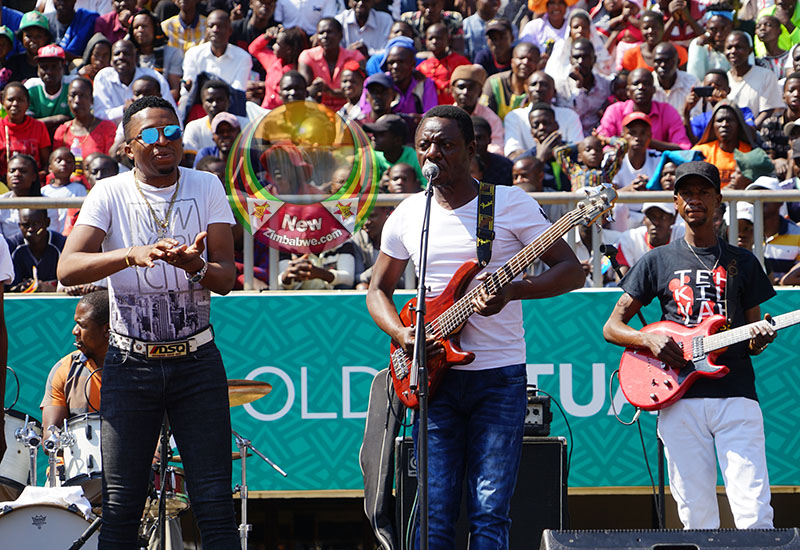