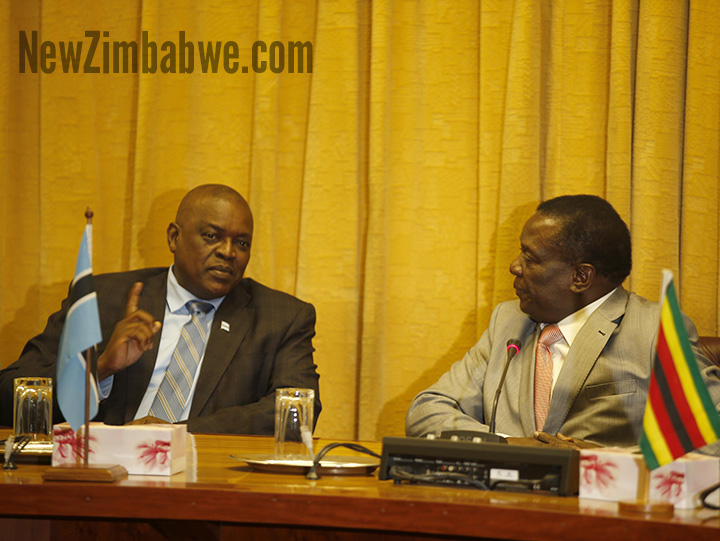 President Masisi, accompanied by three cabinet ministers, arrived Robert Mugabe International Airport just after 5pm in the evening and left for home after an hour-long meeting with Mnangagwa.

“It was a very rewarding experience,” Masisi said of their discussions.

“It was important that we touch base with our neighbours, particularly my seniors, paying homage to them.

“We came to reassure President Mnangagwa of our bilateral relations and commitment to improve and deepen them.

“I came here to pay my respect. I am going back, better than I came here.”

Mnangagwa also invited his counterpart for a State visit at a date to be decided later.

“I am glad to state that President Mnangagwa has been generous indeed and was very friendly,” said Masisi.

“He even invited me to pay a State visit, which I happily agreed to, and we are yet to set the dates.

“Probably we will come and engage with Zimbabwe leisurely in the second half of the year.” 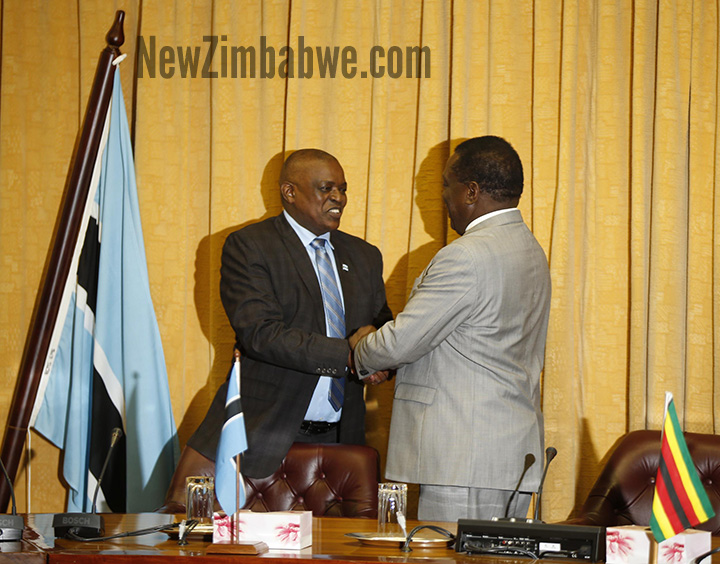 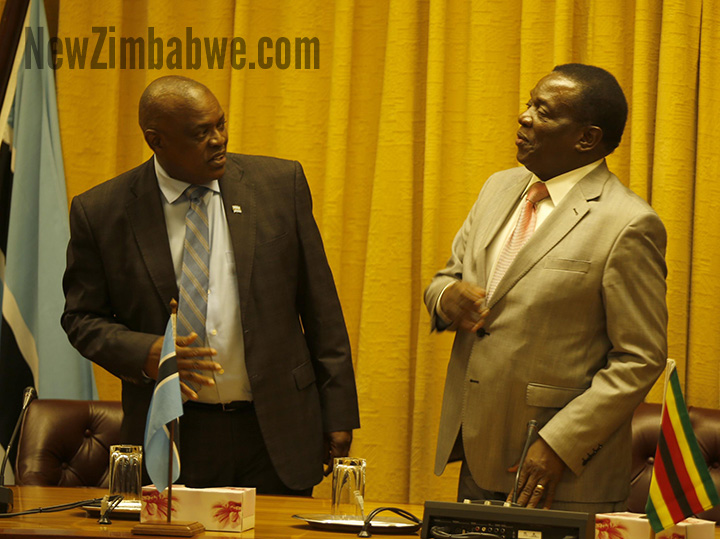