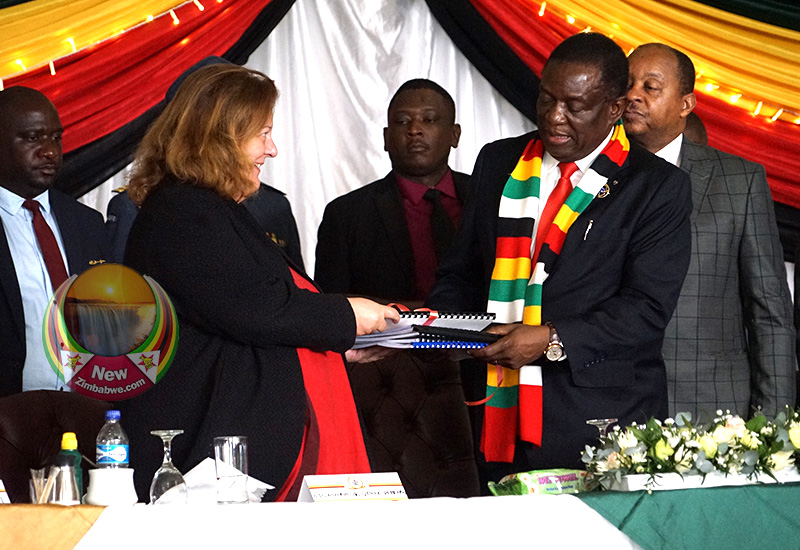 PRESIDENT Emmerson Mnangagwa Thursday launched his government’s Coronavirus National Preparedness and Response Plan, a move that is set to prepare Zimbabwe in the fight against a virus that has been declared a global pandemic.

“It is clear that no country is immune to this virus as 7 out of 16 countries in the Sadc region have confirmed cases with Zambia having been confirmed its first two cases on Wednesday,” he said

Mnangagwa also said there was need to step up the preparedness and response plan due to the volume of traffic between Zimbabwe and the other countries in the Southern Region.

“But considering the volume of traffic between Zimbabwe and other countries in our region and internationally, we need to step up and enhance our preparedness and response to the scourge,” he said.

He also urged all stakeholders to contribute to the national cause of preventing Covid-19.

“This is a call to action, so every sector and every individual must be involved in this national response to Covid-19. I would like to acknowledge assistance to Zimbabwe by the People’s Republic of China and the UK government,” he said.

Mnangagwa said the Covid-19 bug was now slowing down economic activities in the country and the world over.

“In the last few weeks, we have seen a dramatic decline in the economic activities of our major trading partners, a drop in international tourism and severe instability across the globe due to this pandemic,” he said.

Last week, parliament’s health committee conducted an oversight visit to the Robert Gabriel Mugabe Airport and heard that the rate of travellers coming into Zimbabwe had gone down by 30 percent, signalling a drop in international tourism.

Mnangagwa said his government was committed to tackling the virus as the surveillance and early detection mechanisms have been put in place.

“My Government is very much committed to stopping COVID-19 following declaration of this outbreak as a public health emergency of international concern by WHO,” he said.

“My Government, through the Ministry of Health and Child Care, has put in place measures to minimise the import of COVID-19 into the country and ensure health safety to all citizens.

“The National Emergency Prepared and Response mechanism for surveillance and early detection of any possible cases was activated and will remain active until after WHO has removed the global health alert.

“This pandemic surpasses all that we have experienced before. Around 200 000 people have tested positive globally and around 7000 have died worldwide.”

Government has come up with a US$26 million budget to finance strategies aimed at combating the possible outbreak and spread of the virus.