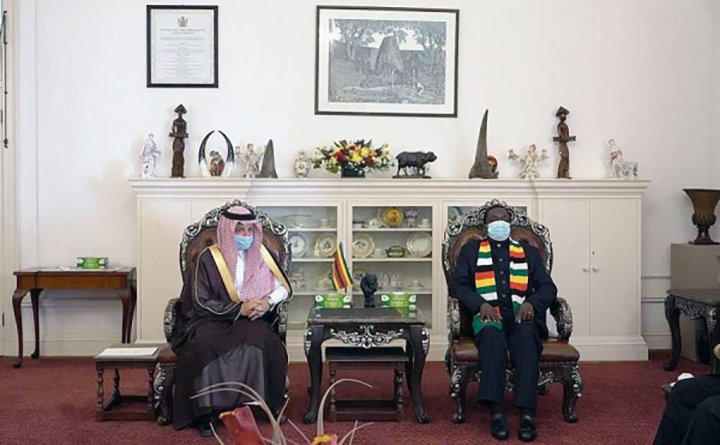 During the meeting, Advisor Qattan conveyed the greetings of Custodian of the Two Holy Mosques King Salman and Crown Prince Mohammed Bin Salman, deputy prime minister and minister of defence, to the president, and their wishes of steady progress and prosperity for the government and people of Zimbabwe.

For his part, the president sent his greetings and appreciation to Custodian of the Two Holy Mosques, the Crown Prince, and the government and people of the Kingdom of Saudi Arabia.

During discussions, they reviewed the bilateral relations and ways to enhance them, in addition to discussing regional and international issues of mutual interest.