PRESIDENT Emmerson Mnangagwa must appear before the commission of inquiry probing the post-election violence which left six people dead and several others injured, an activist cleric has demanded.

Zimbabwe Devine Destiny executive director Bishop Ancelimo Magaya said the president must appear before the commission since he is the commander-in-chief of the military.

“Murder was committed on the first of August,” said Magaya recently.

“What happened revolves around the leader. The one who actually formed the inquiry (team should), in my opinion, (be) a subject of inquiry himself.”

Deadly violence rocked Harare on the first of August after Mnangagwa was confirmed winner of the crunch July 30 elections.

Opposition supporters staged protests against the Zimbabwe Electoral Commission (ZEC) in the city centre but were beaten back after the military moved in, shooting at the crowds. 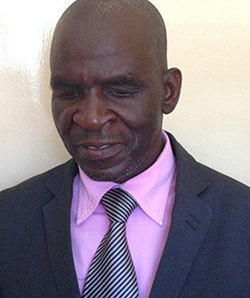 Concern has been expressed over the composition of the inquiry with some commissioners accused by opposition parties of being pro-Mnangagwa and his Zanu PF party.

However, Magaya said he was not overly concerned about the commissioners.

More important is for Mnangagwa to appear before the panel.

“We have a state president who is at the helm of power and controls the army,” said the cleric.

“According to protocol, no soldier could have gotten out of the barracks carrying guns without his (Mnangagwa’s) knowledge.”

He continued; “What happened revolves around the leader.

“You cannot have a situation where a child who wets blankets continuously and perpetually is flogged to death by the mother and then you say ‘it is unfortunate the house was becoming unhealthy, wet blankets so and so on…

“That is not the case, the issue is the murder which was committed.”

The Commission has so far held hearings in Harare and Bulawayo where its composition, credibility and formulation have been challenged by a cross section of witnesses, victims and activists.

In Bulawayo proceedings were brought to a halt as speakers demanded to know why government was investigating the death of six people when the murder of some 20,000 people during the infamous 1980s Gukurahundi campaign has not been resolved.