Opposition LEAD President Linda Masarira says President Emmerson Mnangagwa should put a pause on meetings and workshops which did not directly address the economic challenges Zimbabweans were facing.

Writing on Twitter Friday, Masarira said Mnangagwa needed to be careful as he may be misled by his lieutenants that all was well when the situation on the ground was contrary.

This comes after the president has lined up meetings with various citizen groups among them civil society, churches, political actors dialogue (Polad) to try and gauge their opinions on how to remedy the country’s myriad challenges.

Mnangagwa was recently in Bulawayo to meet civil society groups.

He also attended a POLAD economic summit in Harare Thursday.

Last month, while on his annual leave, Mnangagwa was guest of honour at the National Prayer Day in Harare’s National Sports Stadium.

This, Masarira said, was never going to address shortages of mealie-meal, power, cash, clean water and the joblessness in the country. 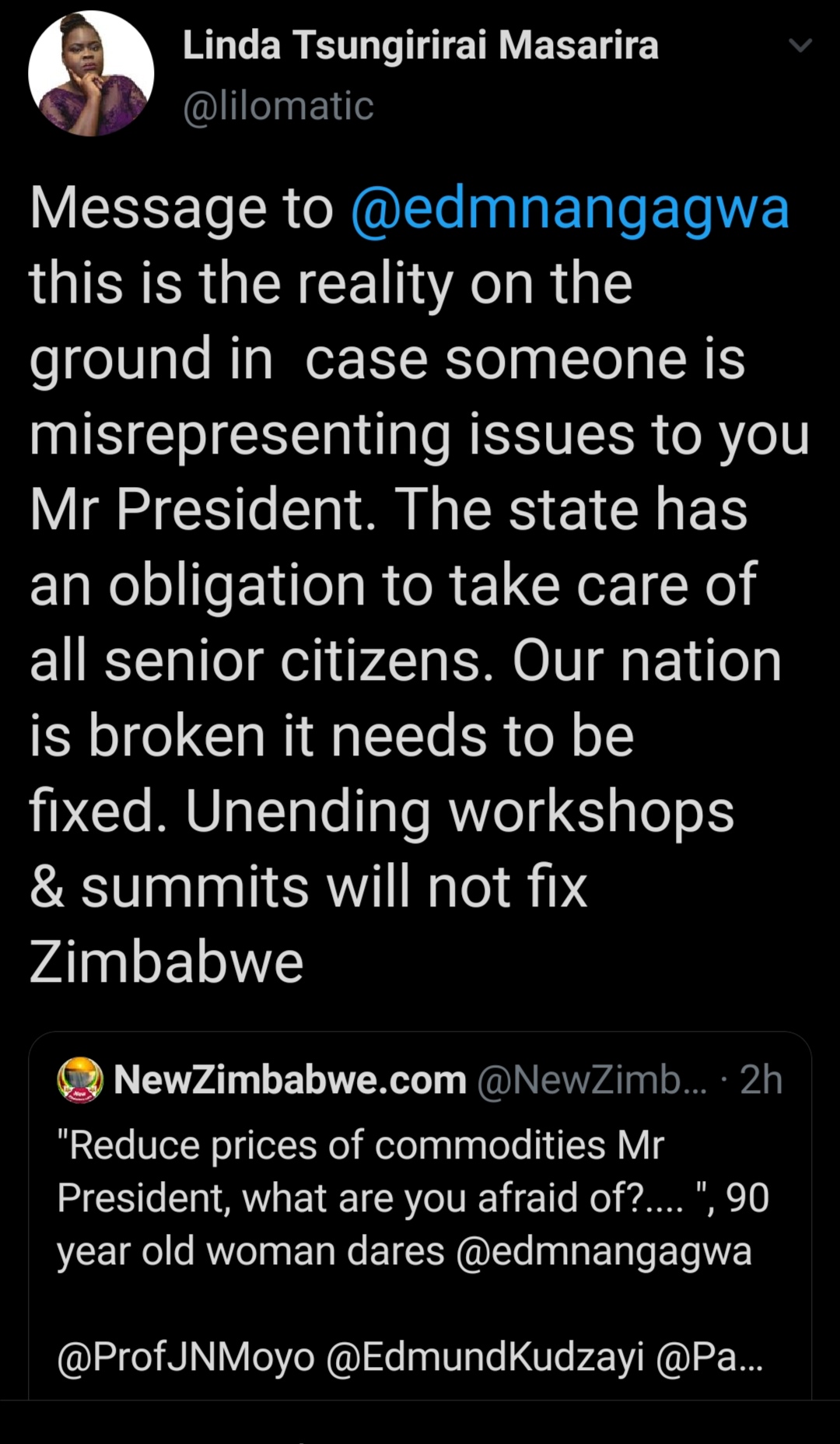