In the last few weeks, MDC leader Chamisa, has been to West and East Africa as well as Botswana in the region where he met the country’s former President Ian Khama.

In an interview with newzimbabwe.com, Ministry of Information secretary Nick Mangwana, described Chamisa’s travels as “nothing more than tourism escapades.”

“We will not be worried by tourists. Former President Khama is a major player in Botswana’s tourism industry and he receives a lot of people. Chamisa is one of many tourists who has just been there (Botswana) and that is not something we will be worried about as a government,” said Mangwana.

However, sources in government told newzimbabwe.com, that authorities have been watching the opposition leader “like hawks”, amid reports there are growing divisions within the region and beyond on not only Zimbabwe’s political problems but also the Morocco/Saharawi Arab Democratic Republic (SADR) conflict.

“Chamisa’s meeting especially with Khama is viewed with great suspicion. Khama is doing everything in his power to destabilise President Mokgweetsi Masisi’s administration. He is reportedly funding a rival candidate (a foreign minister, Pelonomi Venson-Moitoi) ahead of the Botswana Democratic Party (BDP)’s upcoming congress,” a source said.

In a dramatic turn of events, Venson-Moitoi threw in the towel on Friday, allowing Masisi a safe nomination as the BDP’s candidate for the country’s general elections set for October.

Chamisa’s handlers on the other hand, claim the diplomatic engagements have been “very successful” but no information has been publicly made available as to who he met especially in West and East Africa. There are claims he might have met AU chairperson Moussa Faki and other African leaders “who are unwilling to have the engagements made public for now.”

Masisi reportedly did not attend the SADR solidarity conference, choosing to send his deputy while he tried to firefight political temperatures at home.

“Khama’s meeting with Chamisa could be part of a greater scheme to destabilise the region and that will not be allowed to happen.

“In fact the Sadc region is divided because while there was a solidarity conference on SADR in South Africa, Zambia and Tanzania had representatives at a rival meeting held in Rabat,” said another insider.

It is believed Faki attended the meeting called by Morocco instead. But Mangwana played down the significance of the Rabat meeting.

“Sadc and the AU have positions as well as standing resolutions on SADR. They have positions on Zimbabwe so there is no division whatsoever. Of course we are aware (of the Rabat meeting) but there are a lot of diplomatic maneuvers going on. Chairperson Faki is a top diplomat and has been doing a lot of work around the Morocco/SADR issue.

“We are not worried at all. It’s the same as when he came here to meet former President (Robert) Mugabe. Morocco wants to return to the AU and the diplomatic engagements will continue,” Mangwana said.

SADR remains under Moroccan colonial rule and two weeks ago, Sadc leaders met in South Africa for a solidarity conference meant to push the North African economic power out of Africa’s remaining colony.

Morocco has already been admitted to the African Union after years of suspension over its occupation of SADR. 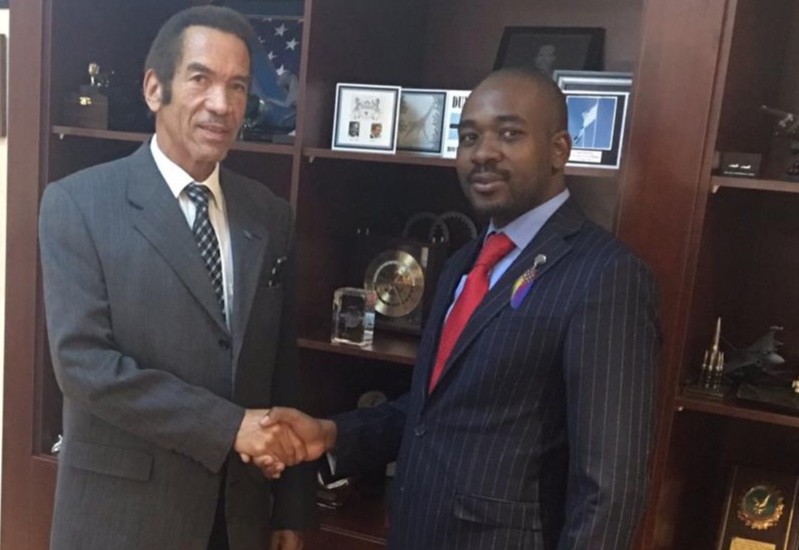