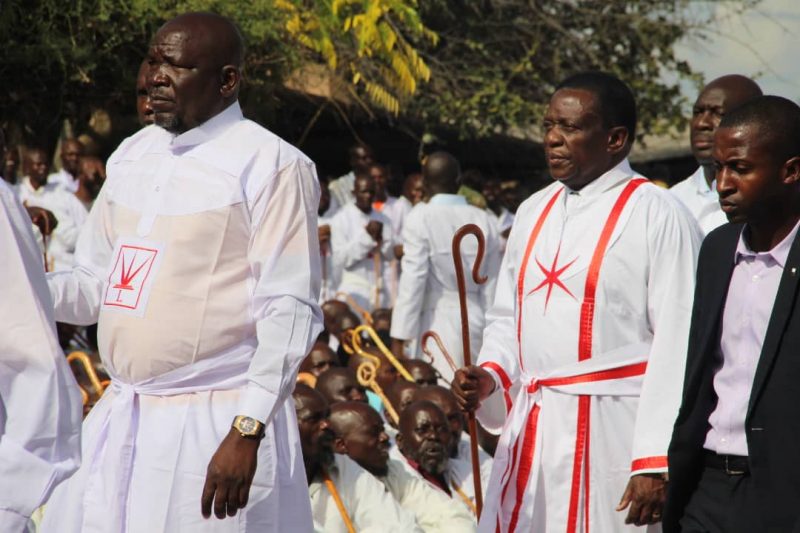 Exactly a year after he visited sect leader Noah Taguta’s shrine at Mafararikwa in Marange, west of the eastern border city of Mutare, Mnangagwa who gave one of his shortest speeches said owed his position as State President to the church members’ votes.

“I came here in July last year and you promised to listen to your leader (Taguta) to vote for me. I am grateful for your votes. I see more people are here than I saw last year.

“I would be stupid to forget the people who made it possible for me to be in power. I promise you that as Zanu PF we will continue to support you in your projects,” Mnangagwa said.

Last year Mnangagwa said the church has a role to play in nation building. The election result was however disputed by the country’s main opposition party the MDC with its leader Nelson Chamisa having approached the Constitutional Court in a bid to overturn it.

Chamisa’s petition was rejected on the basis that it lacked evidence. The opposition leader insists he won despite the court decision.

The Zanu PF leader last year promised to assist the church in improving its environment as well as other needs before he pleaded for them to pray for him and for peaceful elections.

Taguta described former president Robert Mugabe as Samson who allowed a Delilah (Grace) to overpower him resulting in his downfall.

In the build-up to the 2013 elections, Mugabe addressed the same gathering and was assured of an election victory by the same cleric.