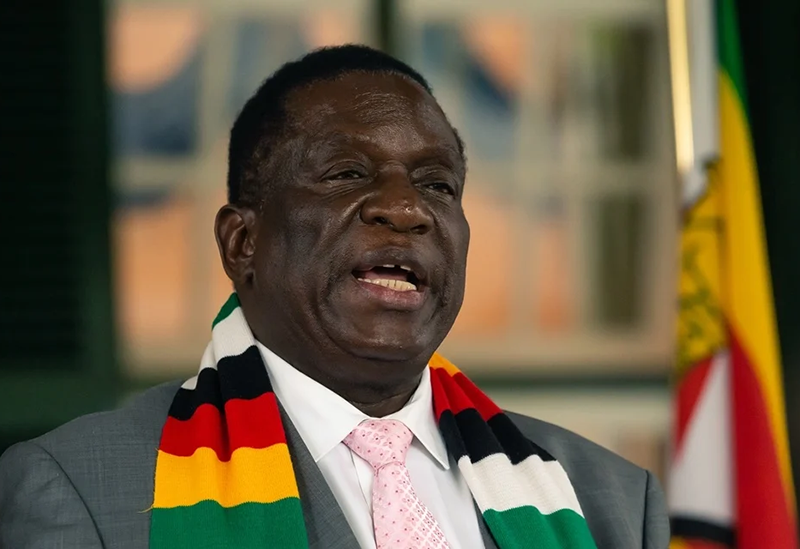 PRESIDENT Emmerson Mnangagwa has urged Zimbabweans to be peaceful as the nation draws closer to harmonised elections in which he is going to face young opposition leader, Nelson Chamisa (44) as his main competitor.

Mnangagwa said this while delivering his new year message at the State House Sunday morning.

His remarks come at a time there has been criticism of his Zanu PF party for being violent, with two opposition Citizen Coalition for Change (CCC) activists, Moreblessing Ali and Mboneni Ncube, having been allegedly killed by his supporters last year.

Critics claim this confirms there will be more bloodshed before, during and after the polls.

However, Mnangagwa said elections offer an opportunity for everyone eligible to vote to exercise their democratic right.

“As such, next year we will be holding the general elections. Mindful of the fact that we are a diverse but one people, united by one flag, I urge each of us to continue being peace-loving and politically mature citizens.

“The defence of our hard-won independence must serve as a reminder to us all,” he said.

Zimbabwe’s main political parties have started preparing for the country’s general elections and have, since last year, been holding rallies and campaign activities in cities and towns to whip up their bases.

CCC has been encountering setbacks, with most of its political activities barred for various reasons, in some cases marred by violence, allegedly by ruling party activists.

The Zimbabwe Electoral Commission (ZEC) is yet to announce the exact date for the vote, but it has revealed that it would be held in either July or August.

Main political parties for the 2023 elections remain the Zanu PF, which has been in power since independence in 1980, and CCC formed early last year and led by Chamisa.

Meanwhile, in his speech, Mnangagwa also promised to turn the economy around, making sure people’s interests were served.

“Through unity of purpose and hard work, we are going to lift more of our people out of poverty and into prosperity, whilst leaving no one and no place behind,” he said.

However, economists have sounded the alarm that the trend of declining economic fundamentals could continue this year.