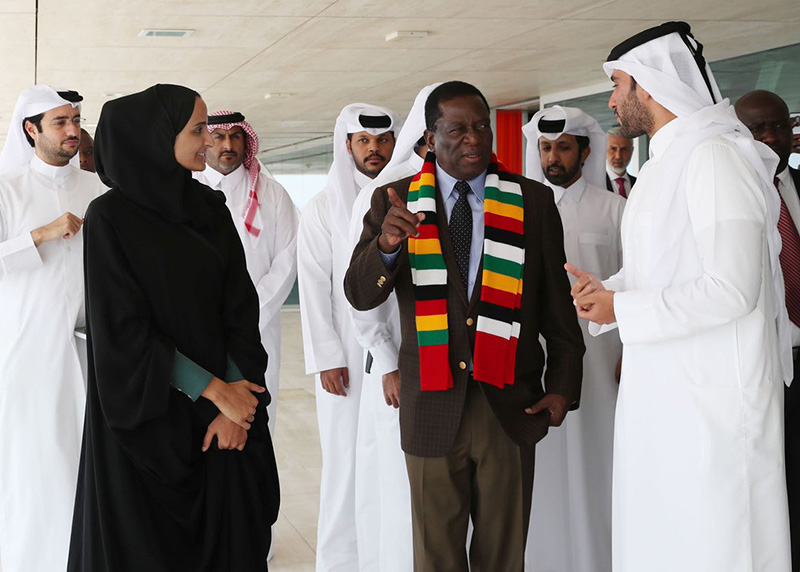 PRESIDENT Emmerson Mnangagwa is so confident of winning elections expected later this year that he is already structuring his cabinet and promising to wield the axe on his old comrades.

State media reported that Mnangagwa told Zimbabweans resident in Doha, Qatar, Tuesday that he will not spare corrupt or non-performers.

“I have no doubt that soon after elections that are coming in July, many heads will roll, not among you, we now emphasise on productivity, professionalism, hard work, honest work, that is the mantra.

“Our work ethic is changing, I used to arrive at work earlier than my directors, now I find them there. Even the ministers have changed,” said Mnangagwa.

The Zanu PF leader has also been praised for the right rhetoric regarding corruption, but cynics have been quick to accuse him of not taking action and keeping cabinet ministers fingered in graft over the years under predecessor Robert Mugabe.

However, Mnangagwa said he is working on strengthening institutions to fight the scourge.

“My administration is not going to tolerate any form of corruption at any level,” he said.

“To do this, we need the support of other institutions: the police, judiciary, the anti-corruption commission and the National Prosecuting Authority, we are in the process of making them pull in one direction.

“Those we discover to be resisting, we are saying go home.”

Mnangagwa is in Doha on a three-day state visit and like many of his visits elsewhere signed “cooperation agreements.”