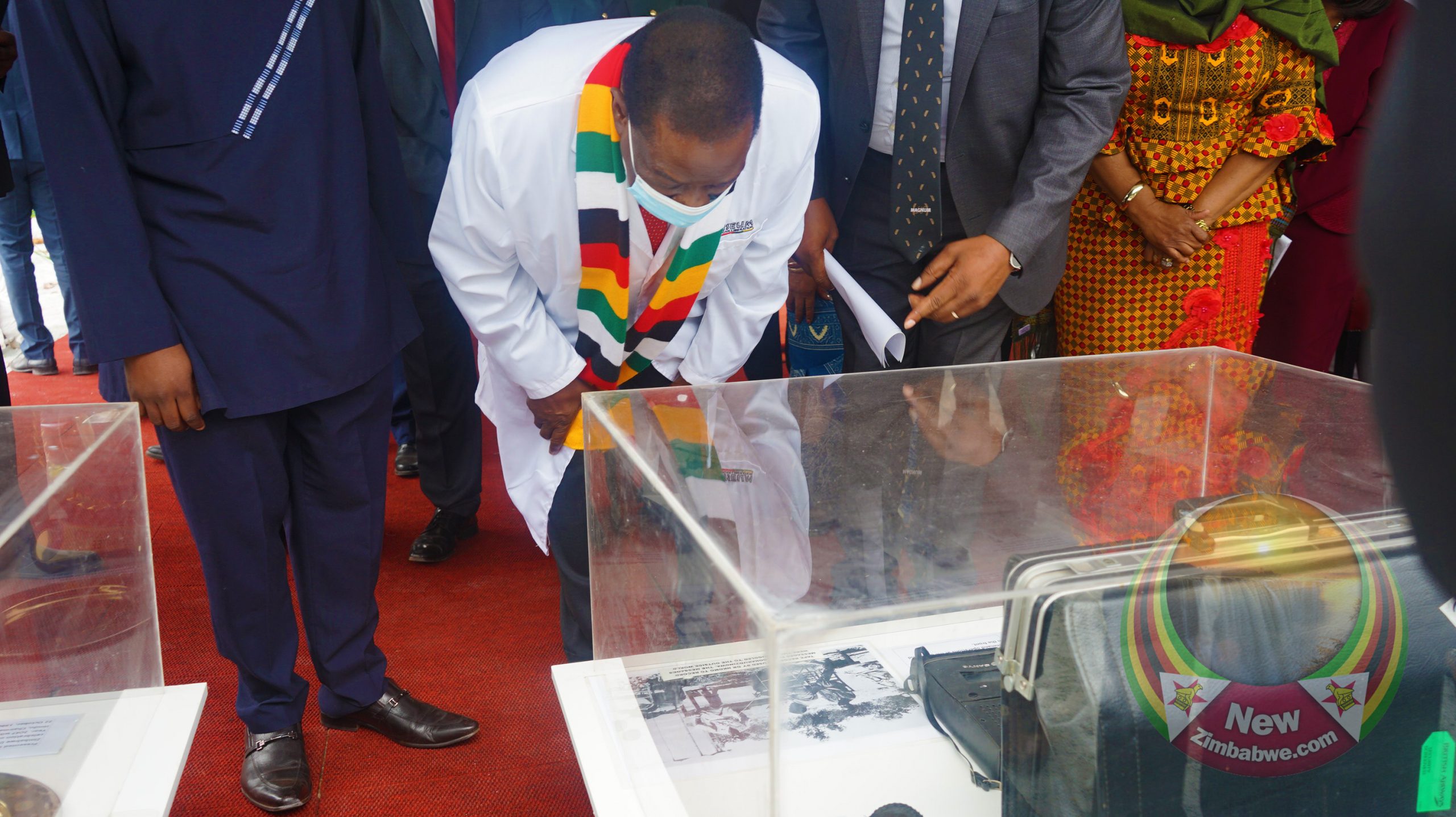 PRESIDENT Emmerson Mnangagwa Tuesday received artifacts which belonged to the late father Zimbabwe and Vice President Joshua Nkomo which are to be deposited into the Museum of African Liberation.

Mnangagwa disclosed this at the launch of the Zimbabwe Defence Forces Heritage monument at the Museum of African Liberation in Harare where he laid the foundation stone.

“In addition to these, we have received artifacts of our founding father and national hero Vice President Cde Dr Joshua Mqabuko Nyongolo Nkomo, Chibwe-chiedza,” Mnangagwa said.

Mnangagwa said that more artifacts that were removed from Zimbabwe by the Smith regime will be returned home.

“Meanwhile my administration welcomes the commitment by the Republic of South Africa, His Excellency Cyril Ramaphosa and his administration to facilitate the repatriation of artifacts that were removed from Zimbabwe by the Smith regime. More artifacts are also expected from across Africa and beyond.”

“To this end I once again make the emphatic call for the return of the remains of our iconic heroes, including Chief Makoni, Chief Chinengundu Mashayamombe and Chief Chiwashira and other artifacts held hostage in foreign museums and private galleries,” Mnangagwa said.

Mnangagwa also said that the museum will be renamed the Liberation City, which is envisaged to accommodate a host of facilities including the museum itself, the ZDF exhibition park, a five star hotel and a shopping mall.