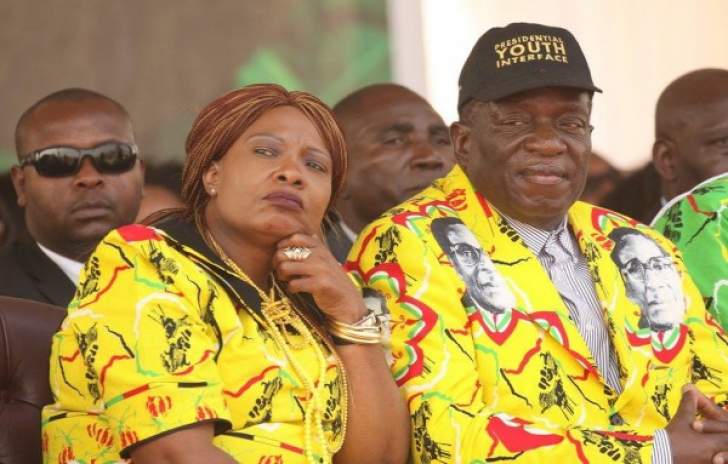 Chamisa told journalists Thursday that Mnangagwa has no choice but to meet him in order to discuss “the environment in the country”.

“We wrote to Mnangagwa and he has responded by confirming receipt of our letter. We now await a date and if he chooses to be busy for us we will also be busy for him as well. It will not be good for him,” Chamisa said.

The MDC-T leader who took control of the party following an acrimonious internal power struggle that ensued in the aftermath of long-time president Morgan Tsvangirai’s death in February, said reports are awash of military involvement in Zanu PF terror campaigns across the country.

“Traditional leaders are being intimidated. They have informed us of the presence of some characters claiming to be from the military. These people are stationed in the rural areas under cover as Agricultural Extension Officers or champion farmers.

“They are coordinating Zanu PF activities. We have heard they are called ‘boys-on-leave’ marshalling traditional leaders into the process of collecting biometric voter registration serial numbers,” said Chamisa.

While Mnangagwa has indicated his willingness to meet all opposition leaders in the country, Chamisa who leads the biggest opposition force by parliamentary representation, wants special treatment.

The MDC-T’s demands dovetail with the European Union’s request in which the Western block says it wants military and traditional leaders — all known for their partisan attachment to Zanu PF — to make public pronouncements that they “will stick to their constitutional obligations” ahead of the general elections expected later this year.

MDC-T director of communications and Chamisa’s spokesperson Luke Tamborinyoka last week said his boss wanted a reverse declaration of the army’s 2002 infamous “straight jacket statement” in which securocrats declared they will not accept an electoral outcome that does not favour the ruling party.

“He (Chamisa) wants the army to un-declare its previous pronouncements that they will not accept an election outcome that does not favour Zanu PF,” Tamborinyoka said.

Earlier, EU ambassador to Zimbabwe Phillipe van Damme had told local radio: “. . that those who have, in the past, been accused of not being neutral, where they were supposed to be neutral, that they stand up and make a formal public plea to all the others that they will respect their constitutional obligations.”

Foreign Affairs minister Sibusiso Moyo responded by arguing that nobody had officially made the request for the army to make any public pronouncements that it will stick to its constitutional mandate.

Moyo, however, added the army will remain apolitical and has made its intentions clear to regional body Sadc.

The military is known for its partisan alignment to Zanu PF and on the eve of the 2002 elections, then Defence Forces Commander, Vitalis Zvinavashe, flanked by colleagues, declared they would not “salute anyone without liberation war credentials.”

Since then, other top security officials have made pronouncements insinuating the army may reject electoral outcomes that favour the opposition.