VETERAN broadcaster Godfrey Majonga (pictured below), once linked to a torture ordeal in the hands of the now President Emmerson Mnangagwa, has died.

The death of the former Zimbabwe Media Commission chair was announced Tuesday by the Ministry of Information, Publicity and Broadcasting Services which tweeted on his death.

“We have learnt with sorrow and sadness the passing on of veteran broadcaster Mr Godfrey Majonga. Mr Majonga made immense contributions to the broadcasting industry as a broadcaster and later as the chairperson of the Zimbabwe Media Commission (ZMC). May his soul rest in eternal peace,” the Ministry announced.

Details of his death were not given.

His name and that of then Security Minister Mnangagwa was dragged into a nasty fallout over a girlfriend by exiled former Higher and Tertiary Education Minister Jonathan Moyo.

In a dossier purportedly exposing bitter rival Mnangagwa’s misdemeanours, Moyo told a Zanu PF politburo meeting in 2017 that the once prominent broadcaster was forced by Mnangagwa to jump from the second floor of a Harare building, leaving him paralysed for life.

Moyo claimed in a video presentation that Mnangagwa had given Majonga two options; to either sit on a hot stove or jump out of his flat after they allegedly clashed over a woman. 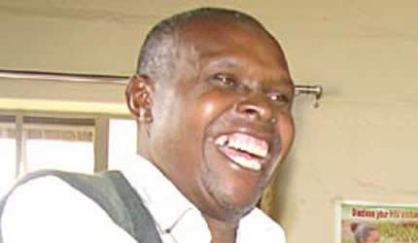