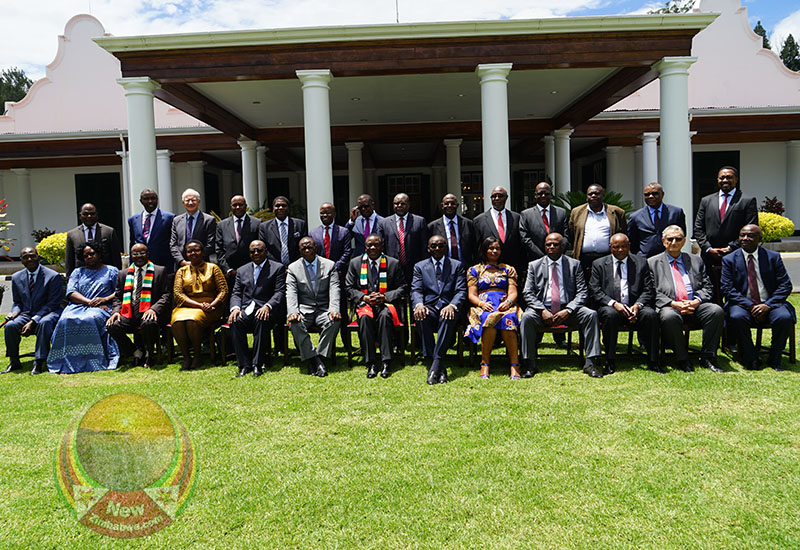 PRESIDENT Emmerson Mnangagwa has vowed to use his industrialization agenda as a tool to counter sanctions imposed on Zimbabwe by the US and European Union (EU).

The US and EU recently renewed what they call targeted measures imposed initially on former President Robert Mugabe’s administration over accusations of human rights abuses but now extended to Mnangagwa who took power after a coup in November 2017.

Briefing the newly appointed members of the Presidential Advisory Council at State House Thursday, Mnangagwa suggested he was ready to ignore the sanctions and forge ahead with his policies.

“Our country continues to suffer from the deleterious effects of the illegal economic sanctions imposed on us by the USA and EU,” Mnangagwa said.

“As a result, there is need for us to leapfrog the development, modernisation and industrialisation of every facet of our economy so that we catch up with other countries in the region and beyond.”

The Zanu PF leader said there is need to make use of the country’s potential and maximising on foreign policy to attract investment and be able to trade with other nations across the region.

“Going forward there is need for us to harness our potential in the various spheres of the economy through leveraging on our geo- strategic location to attract investment and facilitate trade across the region,” added Mnangagwa.

“We realise the nation and the world over, have to operate within a more interconnected and complex policy environment. This has given rise to the need for a greater involvement of private sector players in the governance and policy discourse,” the President said.

Mnangagwa added that the government must seek to proffer strategies on how not only to modernize and industrialising the country’s economy but also improve the infrastructure as well as speed up the development of rural areas through productivity and exports.