After taking over power late last year following a military backed intervention Mnangagwa retained most of the individuals who formed former President Robert Mugabe’s administration for the past 37 years.

And in what was interpreted as rewarding loyalty, Mnangagwa dished top government posts to cronies regardless of competency.

One of the most curious such appointments was the elevation of Gokwe-Kana legislator Owen Ncube to Midlands Provincial Affairs Minister. 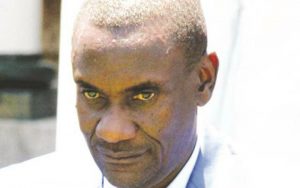 Mudha, as Ncube is widely known in his Kwekwe home town, replaced then provincial affairs minister Jason Machaya who is currently answering abuse of public office charges in the courts.

At every opportunity Ncube always indicated his appointment was down to loyalty to the Mnangagwa family.

“I was appointed to the position of Minister by President Mnangagwa and you cannot be appointed if you are not loyal,” Ncube said in April.

However, when Mnangagwa appointed his new ministerial after the disputed July 30 elections, Ncube found himself being axed from government.

Some of the big names to miss out on cabinet were accommodated at the Zanu PF headquarters but not Ncube.

“I appointed a diverse, dynamic, youthful and streamlined cabinet, with the skills and experience required for achieving our goals.

“Now it is time to get to work,” Mnangagwa said of his appointments.

There is speculation however that Ncube may be considered for an ambassadorial role.