PRESIDENT Emmerson Mnangagwa has staved off national demonstrations that could potentially have loosened a few screws anchoring his faltering rule as there were no reported acts of any significant public dissent in almost all the country’ urban areas by mid-day Friday.

There were fears within Zimbabwean power corridors the much-touted protests planned by the opposition and supported by civic groups could have further been fuelled by under-currents within Mnangagwa’s divided ruling Zanu PF party.

But heavy deployments of police and soldiers on the eve of the protests seemed to have paid off for the under-fire Zimbabwean ruler, who even showed contempt for his hecklers by choosing to bury his late minister and one-time general Perrance Shiri on the very day his grip on power was under the biggest test since the ill-fated January protests of 2019.

Except for few arrests on activists Fadzayi Mahere, Tsitsi Dangarembwa and Henry Chivhanga in Harare and Masvingo, there were no untoward incidents.

As reported by our provincial correspondents, businesses in most parts of the country were forced to remain closed Friday as citizens chose to stay at home in fear of a brutal crackdown from security forces.

The planned protest was against rising corruption in government as the country’s economy continues to take a nose-dive.

Perhaps the biggest blow Mnangagwa gave to the protests was the arrest two weeks ago and incarceration of main convenor of the demonstration, Jacob Ngarivhume and freelance journalist Hopewell Chin’ono.

The two are accused of inciting public anger against government.

Several political activists, journalists and trade union leaders have gone into hiding as State security agents search for them in connection with the Friday protest.

On Thursday, State security forces vigorously enforced a lockdown of Harare and Bulawayo, blocking residents from entering central business districts ahead of the planned protests.

They also forced businesses to close and drove thousands of city workers and shoppers out of the CBD.

Our reporter, Leopold Munhende reports that there were manned security officers at checkpoints after every few kilometres along all roads leading into Harare’s CBD while others were patrolling the streets, completely locking down the capital.

“No business is open and all non-essential persons are being turned away,” Munhende noted earlier during the day.

“A tour of the CBD indicates only security guards, police and journalists have been allowed access.

“The usually busy and overpopulated Mbare Musika and bus terminus are both deserted. Army helicopters have been seen patrolling some of Harare’s high-density suburbs such as Westlea, Kuwadzana and Kambuzuma.”

“Shops are closed even at the popular Kamunhu Shopping Centre is deserted. There is heavy police presence in the suburb.”

The situation was a calm in Harare’s Glen View, known as one of the hotspots for anti-government protests, as police officers were patrolling the main roads and shopping centres such as Makomva and Tichagarika.

Few vendors were selling their merchandise but there was very little activity going on.

In Westlea, Costa Nkomo reported that there was limited movement within the community.

“Traffic is limited. The roads are clear. The usually buzzing Bulawayo-Harare highway is today calm with very limited traffic, most it evidently belonging to State security agents.”

The situation was the same in Avondale, Harare where Robert Tapfumaneyi noted; “In Avondale, usually an area with limited movement, offices are closed.”

Similar reports were also received from Ruwa, a small satellite town some 30km east of Harare.

From Bulawayo, Mbekezeli Ncube said the majority of people who wanted to enter the Bulawayo CBD were turned back.

“Only uniformed workers, that is nurses, police, prison officers, soldiers and security guards were allowed entry.
Police and army trucks were seen Thursday night patrolling the western areas of the city.

“For now there’s little movement of people and vehicles, even the ZUPCO buses are nowhere to be seen.”

Tonderai Saharo, our Masvingo correspondent reported, “The CBD is deserted. Security forces have mounted checkpoints along every road leading into the CBD.”

In Mutare, our correspondent reported that the eastern border city was also calm.

“It’s not business as usual as most shops and banks are closed. Heavily armed police officers together with units from the Zimbabwe National Army’s 3 Infantry Brigade are patrolling the Central Business District and high density areas such as Chikanga, Sakubva, Dangamvura and Hobhouse. 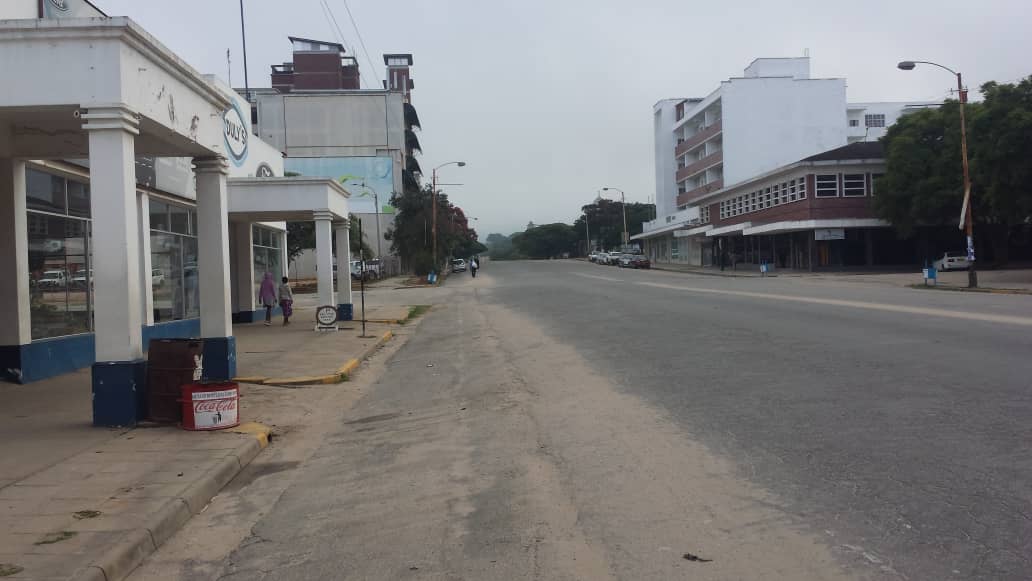 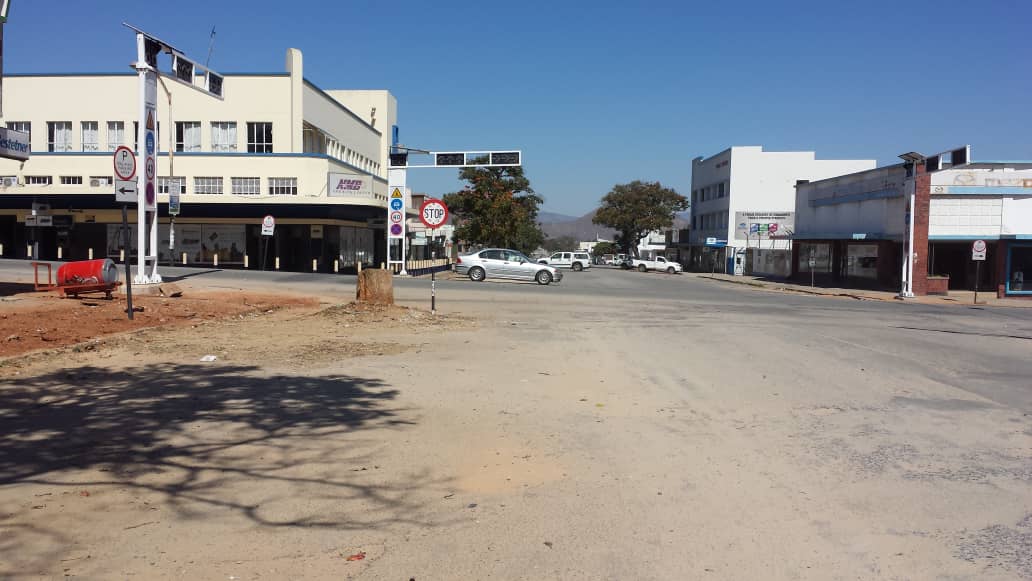 “There are also checkpoints manned by military and police from all suburbs into the city centre.

“The city centre is deserted with only a few essential service providers such as pharmacies, big retail outlets such as Spar, OK, TM operating,” he reported.

Locals interviewed said they were turned back home by security forces at checkpoints.

“There are few cars moving around and there are no fuel or bank queues. The Zupco bus terminus is also deserted,” reported our correspondent.

In Kwekwe, William Milasi reported that there were few people managed to get into the CBD, but most businesses remain closed.

“Kwekwe is currently peaceful, there are no signs of any protest in the air,” he reported.

“A few people have however, ventured out to come from their homes as Zupco buses are taking long to fill up with passengers. In cases where the buses often take less than 30 minutes to fill up, it is now taking over 3 hours.

“In the CBD few people are in. People with exemption letters are getting into the CBD, but there are a few who have managed to come out.

“Generally, it’s business as usual in the CBD.”

NewZimbabwe.com Matabeleland North correspondent reports that dozens of police officers in anti-riot gear and soldiers in Hwange town besieged the CBD, stopping people and motorists who they questioned on their business within the centre.

On Thursday, security forces had paraded around the streets of Hwange and Victoria Falls in what residents said was a ploy to intimidate them against taking part in the planned protests.

On Friday, he reported, “Streets were a bit deserted in the morning as people were indoors until around 9am when some started moving around.

“Businesses such as shops, tuck shops, supermarkets and courts were open while there was also a significant vehicular traffic on the streets as people went about with their normal business.

“However, Zupco buses were demanding police clearance and not allowing those without the documents to board.”