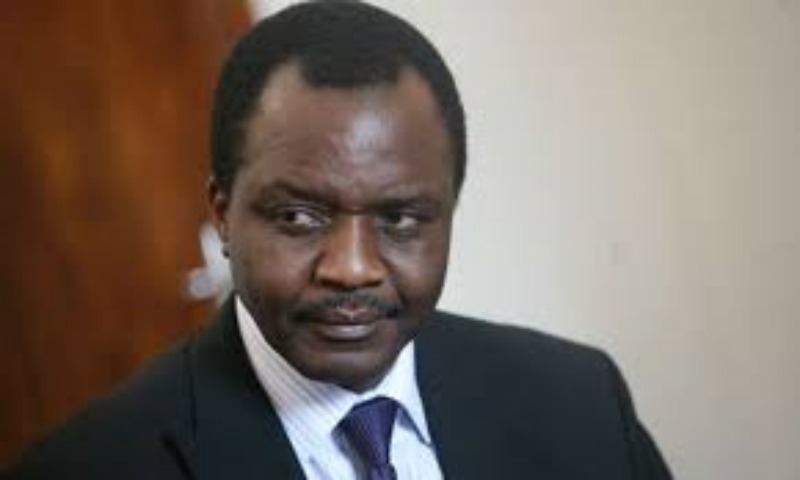 Former Mabvuku-Tafara MDC MP James Maridadi set to be appointed as an ambassador by President Emmerson Mnangagwa.
Spread This News

PRESIDENT Emmerson Mnangagwa has picked former MDC MP for Mabvuku-Tafara James Maridadi for a role as an ambassador in a move likely to torch debate in the country’s political circles.

Maridadi is also a former ZBC disc jokey was sidelined after current party leader Nelson Chamisa rose to power in the mayhem that rocked the party following the death of founding leader Morgan Tsvangirai in February last year.

This despite Maridadi having supported Chamisa in the internal power struggle that ensued following Tsvangirai’s death and the split with fellow vice president then Thokozani Khupe.

Sources at the Ministry of Foreign Affairs told New Zimbabwe.com that Maridadi is among a list of 16 prospective ambassadors who include four military generals recently retired by Mnangagwa amid claims he was purging those close to Vice President Constantino Chiwenga.

“It is true Maridadi is likely to go to Senegal. He is among a list of 16 people nominated by President and set to undergo training beginning Monday.

“They received letters inviting them to the training sometime this week,” New Zimbabwe.com heard.

Maridadi refused to discuss the issue.

“I don’t know what you are talking about,” came the curt response.

Information Ministry secretary Nick Mangwana promised to look into the issue but had not responded to questions by the time of publication.

In the run-up to last year’s general elections a frustrated Maridadi, then the sitting MP for Mabvuku-Tafara broke party protocol and contested as an independent but lost to the opposition party’s official candidate James Chidhakwa who had received endorsement from Chamisa.

An angry Chamisa lashed out at Maridadi over his decision to disregard the party’s directive.

“I told (incumbent MP James) Maridadi to go and remove his name at Zec due to circumstances that had taken place in the party, but he did not obey.

“I realised that he is being mischievous when he was putting up posters for campaigning. It’s up to you Mabvuku, but the person we should rally behind as MDC Alliance is James Chidhakwa. The one chosen by the people is the one we should support,” Chamisa said then.

Maridadi was subsequently expelled from the party on accusations he had refused to withdraw his candidature ahead of the elections.

Party deputy president Morgen Komichi at the time claimed those that had rebelled and decided to stand as independents were being funded by Zanu PF and its candidate at the time President Emmerson Mnangagwa. The other prominent former MP who contested as an independent was Harare West’s Jessie Majome who also lost. Majome has put up her name to be considered for a position as a Commissioner at the Zimbabwe Anti-Corrupotion Commission.

She failed to make the grade but was among the top seven candidates in the race for the position of the country’s Prosecutor General.

If successful, Maridadi is likely to replace another former opposition stalwart the late Trudy Stevenson who continued to serve as the country’s ambassador in the West African nation way after the expiry of the Government of National Unity (GNU) under whose tenure she had been appointed.

Another former MDC MP Hilda Mufudze also continued to serve as the country’s representative in Sudan beyond the tenure of the GNU.

“They have ignored the party in breach of our constitution something that means automatic dismissal, we know that they are being supported and sponsored by ZANU PF,” Komichi told reporters on the eve of elections.