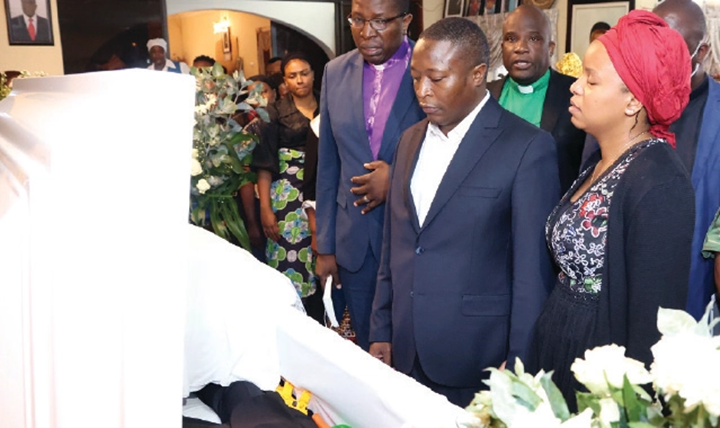 HARARE: President Emmerson Mnangagwa has said his late grandson, Yasha Mafidi, who died Sunday, succumbed to pneumonia which developed from respiratory complications after he took food down the wrong pipe.

Speaking at a church service at the family home in Helensvale, Harare, President Mnangagwa commended heroic efforts by local medical staff who attended to his late grandson.

“On Friday night when our son visited the hospital, we heard that when the now late grandson was taking his food it went through the wrong pipe, so they rushed him to hospital,” President Mnangagwa said.

“I want to thank the doctors because they did their utmost best. When I visited with the First Lady, that night, we could feel that the doctors, young doctors, they impressed us, competent, very committed, we would like to thank them as the Mnangagwa family,” he said.

“By next morning, they told us that pneumonia had then developed as they were busy trying to pump out the food that had entered the wrong pipe.”

According to Mnangagwa while the medical staff were able to remove some of the food fragments, there were residuals that did not come out.

“We were satisfied with the services they provided to our grandson; he was stable and that same night we went back to sleep just after midnight,” the Zanu PF leader explained.

“The next morning on Sunday, we went back to the hospital with the First Lady and we saw that he was critical but stable, we spent some time there.

“When we were satisfied that he was stable and they were doing their best, I left for Kwekwe but the First Lady said she wanted to remain at the hospital.

“She called around 11 O’clock (Sunday) saying Daddy mwana ashaya, that is what happened, then I had to come back,” said President Mnangagwa.

The late five-year-old will be laid to rest in Bikita next to his forefather Mafidi.