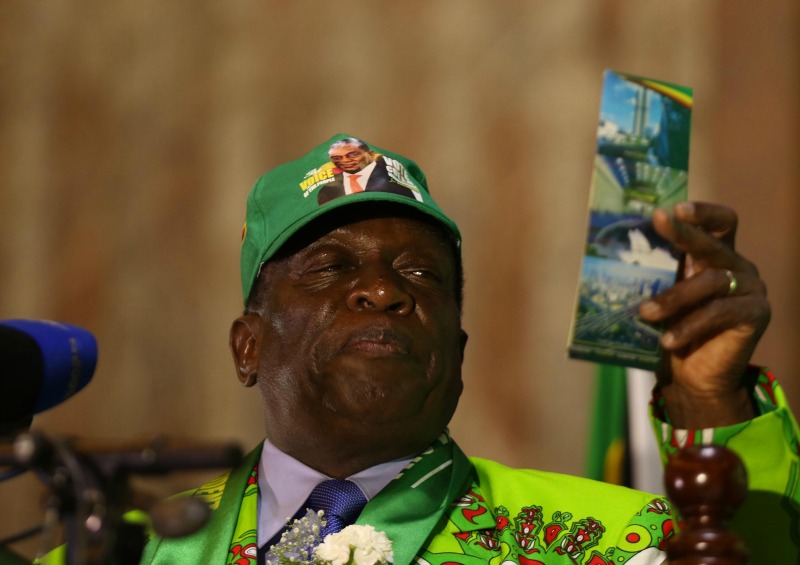 Mnangagwa was addressing Zanu PF delegates to the launch of the ruling party’s manifesto in Harare declaring “the days of electoral chicanery are over.”

“The days of imposition and chicanery are dead and buried never again to be resurrected no matter a person’s standing,” said Mnangagwa.

Mutsvangwa threw a tantrum in the aftermath of his humiliating loss to a political upstart Langton Mutendereki in the Norton primary elections, adding they were rigged and if allowed to stand could result in Mnangagwa losing the presidential elections later this year.

Mutsvangwa has lashed out at party political commissar Engelbert Rugeje accusing him of engineering his loss.

The Zanu PF leader, facing his first election as head of the former liberation movement, called for unity as complaints pile after the primaries.

“Each member must popularize the party. If you try to force Zanu PF into your pocket you will burn until you pull it out.

“We will attend to every issue raised; that is why we are not announcing the names of candidates today. We will go through the challenges in the politburo tomorrow (Saturday),” he said. “We need to guard against those with ulterior motives to undermine the party’s democratic systems.”

“Zanu PF has a special status. It is a courier of our national legacy and to refine our nation. Leader’s must come from the people,” he said to applause.