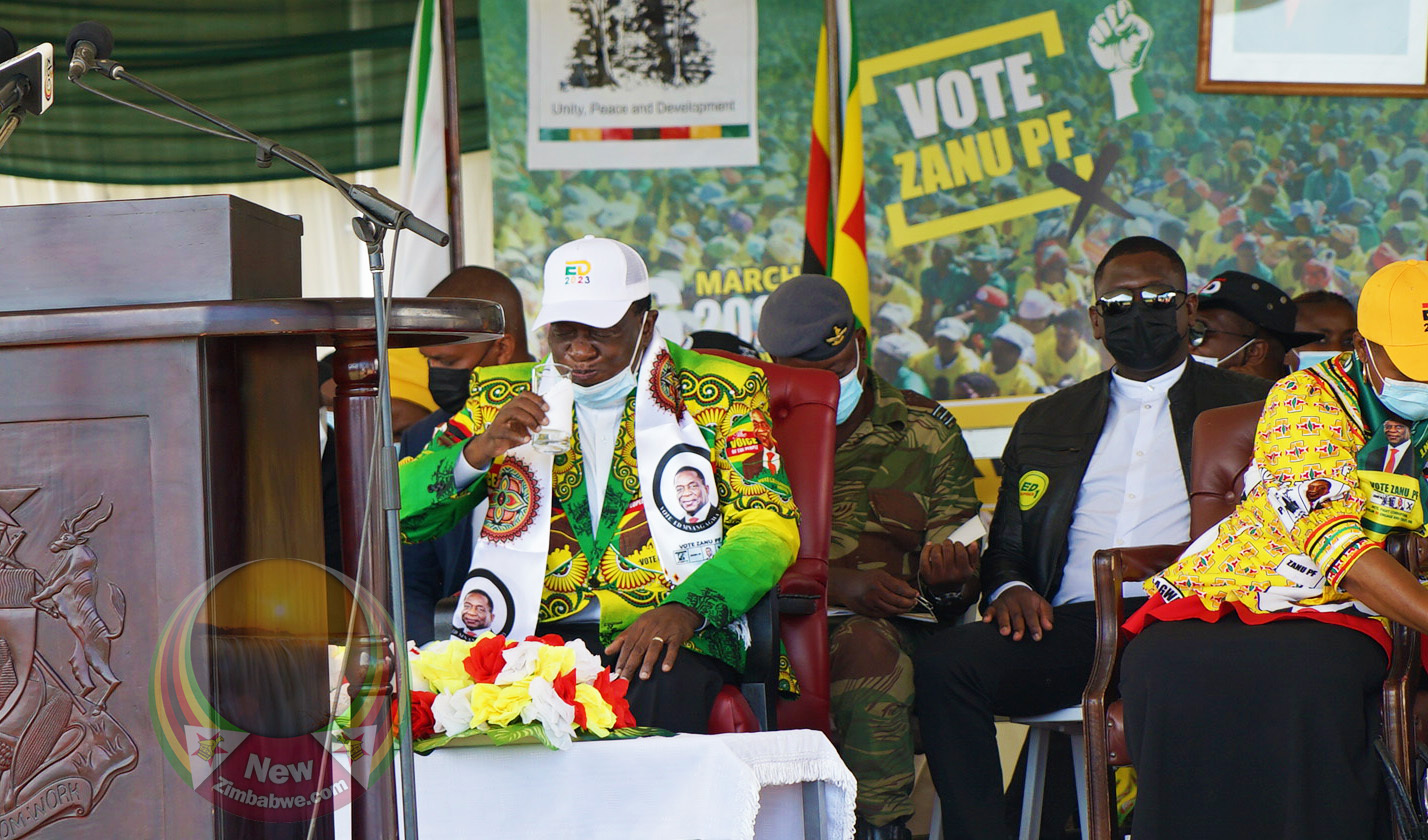 ZANU PF leader, President Emmerson Mnangagwa has vowed not to relinquish power under any circumstances, claiming there was no way in which an opposition leader can rule Zimbabwe, a statement that set the social media aflame.

He rabidly dismissed Coalition for Citizens’ Change (CCC) led by Nelson Chamisa, his fiercest nemesis, saying the newly formed party has no chance.

Addressing party supporters in Epworth during the launch of Zanu PF’s campaign ahead of the March 26 by-elections, Mnangagwa said only his party can rule Zimbabwe.

He said even if someone was to set out on a journey to China on foot at the same time as an opposition leader heading for State House – his official residence – he would complete the 9 957km journey faster.

“They think what was done in Zambia by Hakainde Hichilema will happen again here in Zimbabwe. Go and tell these opposition guys that if a person decides to walk to China, he will arrive first before the opposition reaches state house,” Mnangagwa said, drawing acclamation from the animated crowd.

“The CCC will never rule, what is CCC. They are sell-outs being used by other countries. We can never allow them to get anywhere near power,” Mnangagwa said.

“Harare has been in the hands of MDC for 20 years and it is in a mess. They are useless, rubbish is not being collected, raw sewage is flowing everywhere yet they continue saying CCC.”

“There is rampant corruption and stealing in councils, and now we have ways to remove them from council through voting, just your X on Zanu PF, over half of Harare council officials are facing theft and fraud charges,” Mnangagwa said.