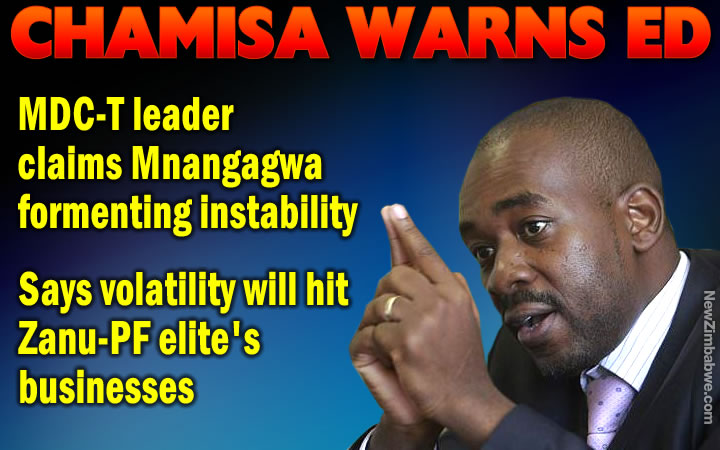 President Emmerson Mnangagwa is brewing instability in the country by trying to manipulate the electoral process through the Zimbabwe Electoral Commission, MDC Alliance candidate Nelson Chamisa has said.

Addressing thousands of supporters during protests to demand reforms from ZEC, Chamisa warned that instability would affect Zanu PF members since they had owned most businesses and houses in the country.

“I told ED {Mnangagwa} that he is now causing instability in the country by rigging the elections because they are a national security issue,” he said.

“We will not compromise; we went to AU and SADC and if we get no response, we will become our own answer.

Chamisa said ordinary Zimbabweans had lost everything to Zanu PF looters and all they were demanding now was the one-man-one-vote concept that liberation war fighters fought for against the Ian Smith regime.

He said should they get no positive response from ZEC by end of next week, they would camp at the electoral body’s premises in Harare until election day, vowing that the elections would not be held without the reforms they were demanding. 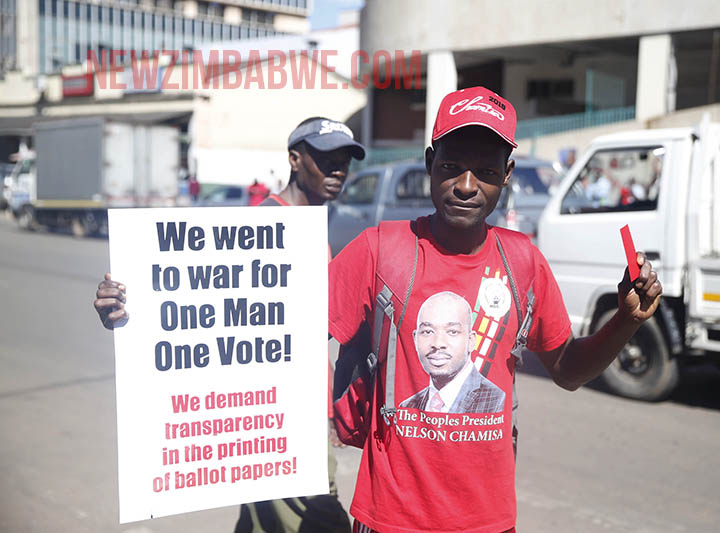 “Zanu PF has abandoned the objectives of the struggle and next week will be decisive. If we call you, you must come. So, we will engage ZEC on the ballot and if they don’t agree, we will move to gear number two and it is not good for anyone, even for ED,” he charged.

The MDC Alliance leader said Mnangagwa was leading a divided party adding his only hope of clinging onto power was through manipulation of the elections.

“The problem with Mnangagwa is that he has no support within his own party. He is leading a divided party and the people who are giving us important information are Zanu PF insiders; they tell me Chamisa go this way, Chamisa don’t go this way,” he said.

He said the MDC Alliance would call for a complete shutdown of the country if ZEC remained adamant, adding they had the support of both the Zimbabwe Republic Police and the Zimbabwe National Army.