PRESIDENT Emmerson Mnangagwa’s office has moved to warn corrupt elements now in the habit of throwing the First Family’s name in order to get favours or instil fear among security forces when trying to camouflage individual acts of corruption.

In a statement weekend, Misheck Sibanda, Chief Secretary to the Office of the President and Cabinet, said there were a number of individuals impersonating senior government officials and members of the First Family.

Sibanda said security agents on duty were the main culprits.

“It has come to the attention of the office of the President and Cabinet OPC, that there are individuals who approach government institutions purporting to be representatives of senior government officials, or to be carrying messages emanating from the same,” Sibanda said.

“A number of these individuals even claim to be representing His Excellency, President Mnangagwa, in order to engage in what commonly referred as name dropping.

“Law enforcements institutions are the main targets of these name-dropping individuals.

“Members of the public are advised that Government officials including His Excellency, President Mnangagwa, communicate formally through government structures, and on matters which fall strictly within the confines of the Constitution of Zimbabwe.”

Sibanda added, “The public and civil servants are advised to report any persons purporting to be acting on behalf of His Excellency, the President Cde E.D Mnangagwa or any other senior public officials to the nearest police stations and swift action against such fraudsters.”

The statement by Sibanda’s comes days after Zimbabwe Miners Federation (ZMF) boss Henrietta Rushwaya and her co-accused dragged First Lady Auxillia Mnangagwa and son Collins’ names when they were cornered by security while trying to smuggle 6kg gold to Dubai. 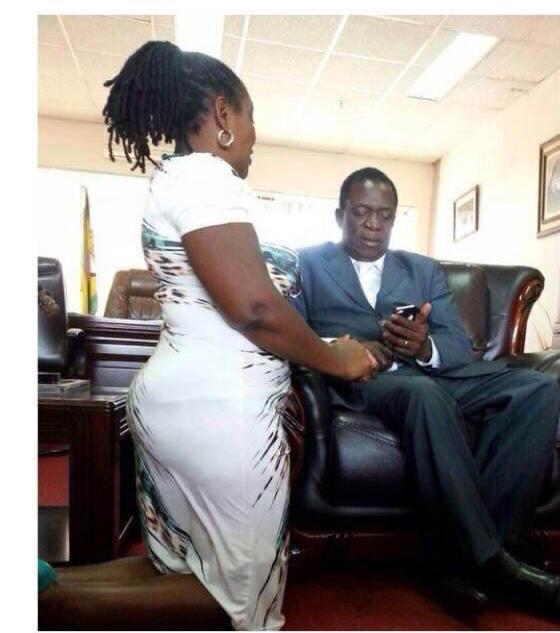 Upon realising that they were in trouble with airport security, Rushwaya and accomplices said they were transporting the First Lady and Collins’ gold.

“To facilitate easy passage of the gold without detection accused 2 (Tserayi) took Rushwaya’s luggage that contained the gold purportedly moving with it as his,” reads part of the state outline.

The two have not publicly commented on the matter which is now before the country’s courts.