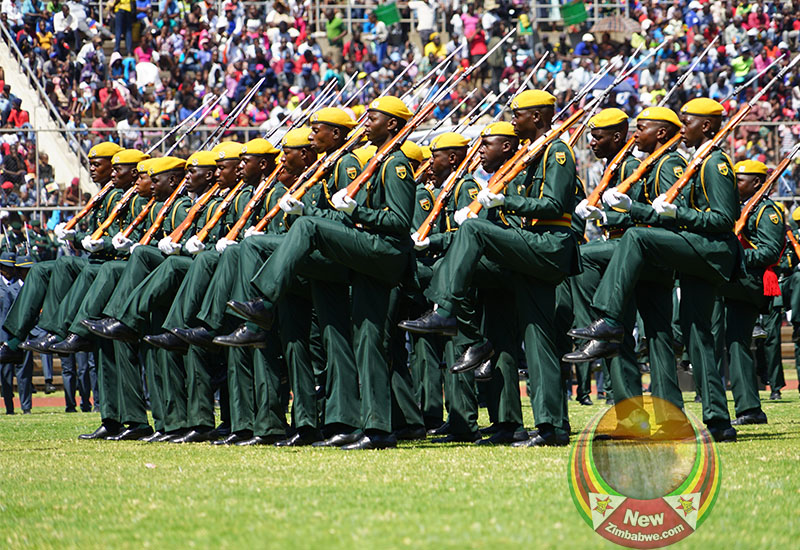 PRESIDENT Emmerson Mnangagwa has once again warned the opposition planning to stage what it has described as a “Free Zimbabwe” demonstration on Friday to desist from violence as the army pulled out all the stops to show its new arsenal on Defence Forces Day.

Mnangagwa, in his speech at the official commemorations to honour the country’s security services, warned citizens against taking part in activities that lead to civil unrest.

“In conclusion, let me appeal to all Zimbabweans to cherish the peace that our country enjoys today. We should be vigilant and reject those amongst us who wish to perpetuate the suffering of the masses through violence, disunity, divisions and unrest.

“It is everyone’s duty to secure the unity freedom and peace we continue to enjoy,” said Mnangagwa.

The MDC has given notice of a demonstration on August 16th with insiders indicating it could be the start of a series of protests that party leader Nelson Chamisa hopes will push Mnangagwa into a corner and force the Zanu PF leader into agreeing to talks for a possible transition.

Mnangagwa has for now ignored Chamisa’s calls for “genuine dialogue” calling on the MDC leader to instead join the platform that includes all losing candidates in last year’s polls.

Chamisa has called the platform a waste of time, leaving the two even further apart than they were before the general elections last year in July.

NewZimbabwe.com reported earlier this week that the MDC is planning to roll out the demonstrations to other cities and towns in what is expected to be a national shutdown.

Sources privy to the goings on indicate that planned demonstration will spill to other towns as with reports the MDC has sent out coordinators to most urban centres across the country to prepare for the protests on the same day.

MDC has insisted on the demonstration with the party’s secretary for organising, Amos Chibaya appealing to all Zimbabweans to turn out for the “people’s Free Zimbabwe March.”

While the MDC has claimed the protests are against the deteriorating economic situation, Mnangagwa suggested his austerity measures have set Zimbabwe on a growth trajectory adding this however will not be easy but better days are on the horizon.

The army also took advantage to show off its military hardware in the form of war planes some of which have never been shown to the public with insiders saying these have always been there but former President Robert Mugabe “was a very secretive man”.

“These planes have always been there at Manyame (Harare), Thornhill (Gweru) and Suri Suri (Chegutu). Only that Mugabe was just secretive and was not comfortable with us showing them off. What you saw were four Augusta Bell Helicopters, two Allouette III helicopters, two Mi 35 helicopter gunships, four SF260 trainer aircraft, two Cessna 337 (Lynx), one Casa 212, four K-8 jets, one Hawk Jet and 1 F7 fighter jet,” NewZimbabwe.com heard.

Under Mugabe, the army would only concentrate on military displays, a few parachute drops and the ordinary fly past by either helicopters or fighter jets.

In January this year, similar protests ended up deadly after the government responded to the shutdown between the 14th and 16th of January by deploying the army in which live ammunition was used. Some 17 people were gunned down in a crackdown that followed.

But Mnangagwa praised the forces saying they were disciplined.

“They have as and when requested, supported the maintenance of law and order, border control operations and guarding the country’s key infrastructure and institutions,” he said.