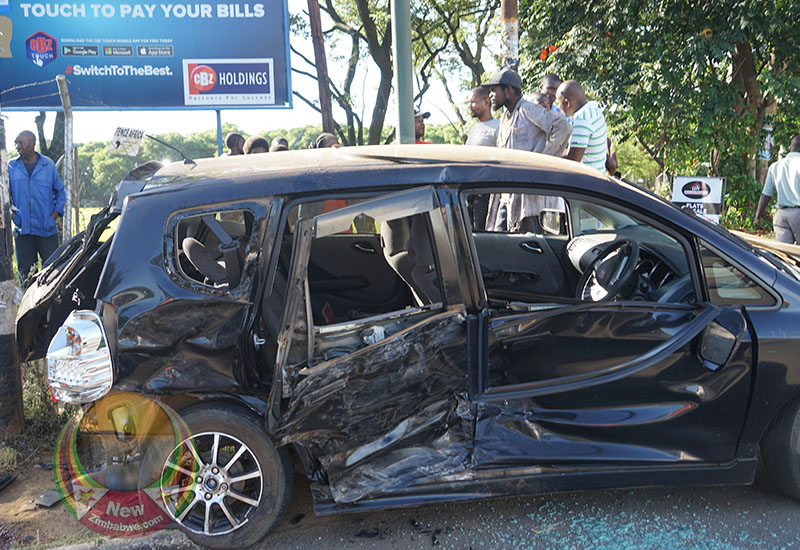 PRESIDENT Emmerson Mnangagwa had a chance to appreciate the grisly side of Zimbabwe’s road life when his motorcade passed through a road intersection where three people had just perished from a horrific accident.

The crash, which involved an Elgrand and a Honda Fit, happened corner Hebert Chitepo and Seventh Street, some 500 mitres from Mnangagwa’s State house official residence, during the morning rush hour.

Traffic police were quick to clear the intersection which Mnangagwa uses daily when going to his Munhumutapa offices in Harare’s CBD.

A newspaper vendor said the President had a glance at the horrific site.

“It (accident) happened when the president had not passed by but the deceased were collected from the accident scene just as the President was passing.

“When the president was passing, there were so many people but he saw something…the president’s motorcade slowed down a bit because the intersection was congested,” he said.

Other witnesses to the accident blamed authorities for presiding over a dysfunctional road infrastructure.

He said traffic lights at the intersection had recurrent malfunctions with authorities not always too keen to have them fixed.

“If people do not die just like has happened, it seems they (Harare city council) will never attend to these faults,” he said.

However, junior police officers at the scene of the accident said they were not permitted by their employer to speak to the press.