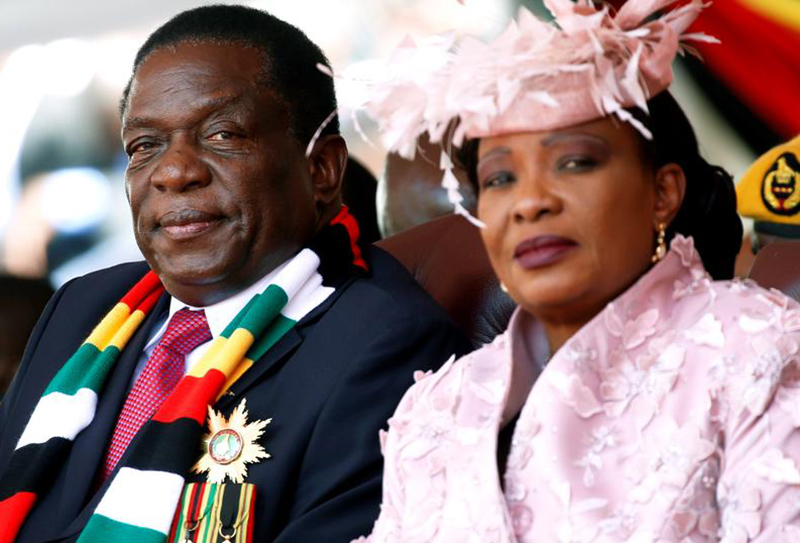 Jonasi spent the past three weeks behind bars following his arrest for undermining President Emmerson Mnangagwa’s authority after accusing the Zanu PF leader of bedding Information Minister Monica Mutsvangwa in an interview with a South African television channel.

In the interview Jonasi claimed Mnangagwa had sired child with Mutsvangwa who is married to Zimbabwe National Liberation War Veterans Association chairperson Christopher.

Jonasi insists what he said is true unless parties involved come to court and prove him wrong.

“The police who have been lined up as witnesses have nothing to give the court because they cannot prove if Mnangagwa had a child with Monica or not.

“The president should come and prove the claims wrong before the court,” said Jonas’s lawyer during his initial court appearance.

It is the State’s case that, on the date unknown, Jonasi was invited for an interview on South African news channel, Afro Worldview TV Station.

“During the interview the accused insulted the President of Zimbabwe, the Commander-in-Chief of the Zimbabwe Defense Forces Cde Emerson Dambudzo Mnangagwa,” read state papers.

The accused allegedly said: “Ok amm the issue of…Mnangagwa, he has killed 30 000 people why would people defend that, maybe he could not kill one or two people.

“Eee its its its on record eee eh he Mnangagwa can…can open a police case and then I can face him in court and prove to him that he is a killer.”

“Eee if he can sleep with eee I mean if he can cheat eee his advisor eee Christopher Mutsvangwa. Mnangagwa can has a child with his Advisor’s wife. That Monica Mutsvangwa is in a five star hotel. Mnangagwa is bankrolling eee his girlfriend who is the wife of his Advisor,” it is alleged. “If you can rig the bedroom of his advisor  what kind of a monster and bastard in Mnangagwa.”