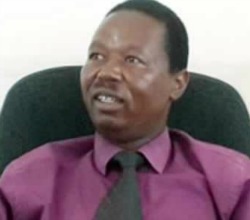 PRESIDENT Emmerson Mnangagwa and his new government must prioritise the resuscitation of Bulawayo industries which collapsed during the era of ousted long-time leader, Robert Mugabe, politicians and activists have said.
In interviews with New Zimbabwe they said Matebeleland region was always marginalised during Mugabe’s era.
“Economically, Bulawayo is a strategic city which the new government should prioritise. The new government should make sure that key industries and companies like the National Railways of Zimbabwe (NRZ) are back on track. The revival of these companies will certainly trigger a hive of economic activity in the region,” said MDC –T deputy spokesperson, Tabitha Khumalo.
The Bulawayo East MP also urged the government to complete some of the national projects in the region such as the Gwayi/Shangani dam as well as the tarring of the Bulawayo/Nkayi road.
“All along, government has been using projects like the Gwayi/ Shangani dam as campaign tools whenever we are going towards elections. After each and every election, the government immediately abandons the projects.
If the new government wants to be associated with the people of Bulawayo, it should move with speed to complete these projects,” said Khumalo.
Zapu spokesperson, Iphithule Maphosa said the new government should ensure that state resources are allocated fairly among all provinces.
“The reason why most industries in Bulawayo are no longer functioning is because the previous government has been prioritising only Harare. Most of the industries in Bulawayo have closed shop and relocated to Harare,” said Maphosa.
He also urged the new government to implement devolution of power as enshrined in the constitution.
People Democratic Party Bulawayo province spokesperson, Edwin Ndlovu also concurred saying the Mnangagwa led government should treat Bulawayo as a special case.
“Right now there is no industry to talk about in Bulawayo. All the industries in the city closed shop during Mugabe’s era. The new government should immediately create an environment which is conducive for not only the revival but for the creation of new industries which will employ our youths who are roaming the streets,” said Ndlovu.
Ndlovu said all stakeholders in the city should come up with a strategic intervention position that requires urgent government attention and financing so as to revive industries in the city.Advertisement

Once the country’s manufacturing hub, Bulawayo has suffered closure and relocation of firms in the last decade, resulting in loss of jobs for thousands of workers.