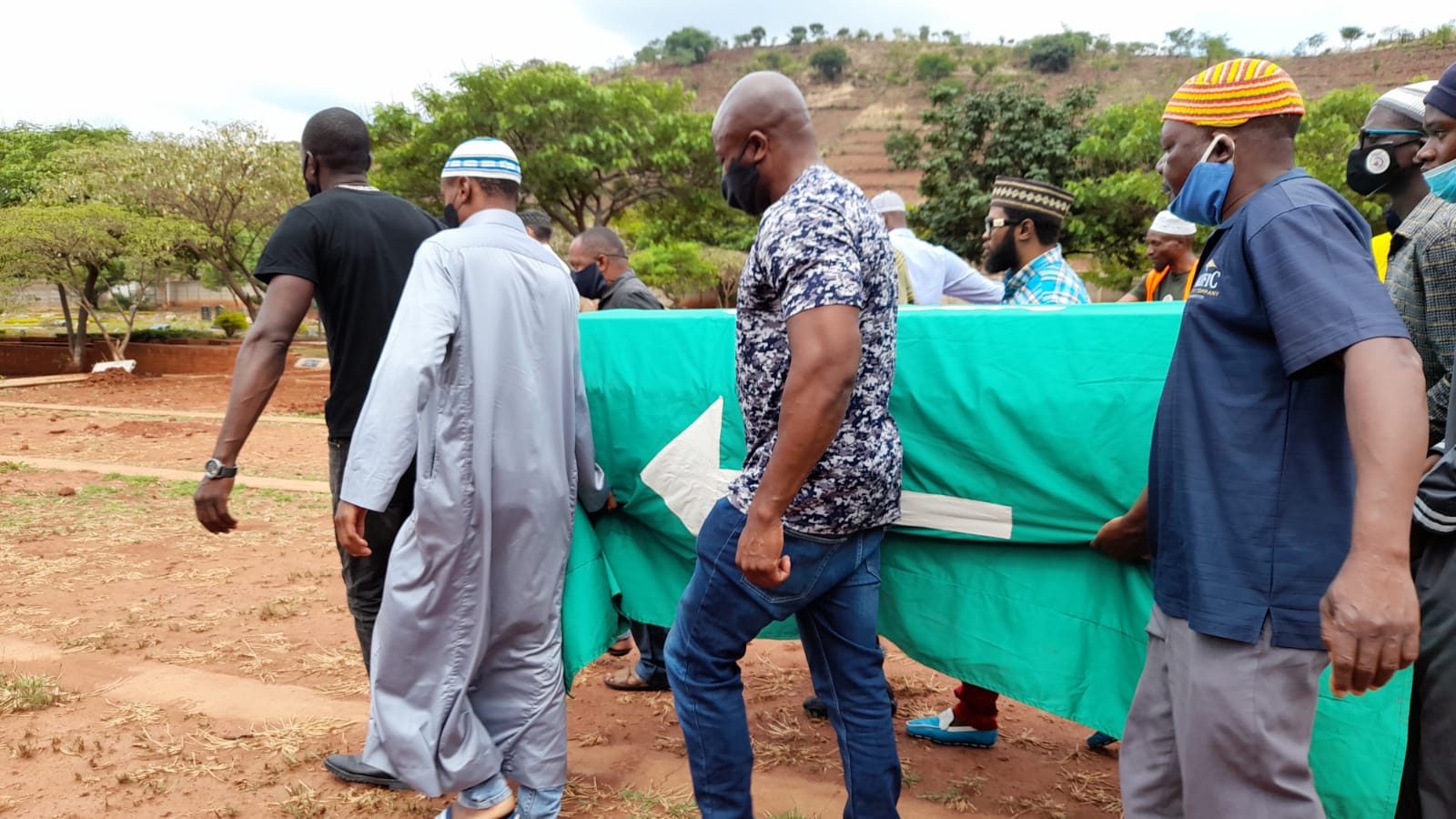 LATE socialite Michelle ‘Moana’ Amuli’s paternal and maternal families Saturday put their differences aside to give the fitness enthusiast a send-off at Warren Hills Cemetery, Harare.

Since her death in a fatal car accident almost three weeks ago, both families had a protracted dispute over how she was going to be buried.

The feud spilled into the courts where her father, Ishmael Amuli, a Muslim, was later granted burial rights.

Despite the two families finally coming together, her mother, Yolanda Kuvaonga and father, Ishmael kept their distance during the entire funeral procession. The two are separated.

Moana’s father snubbed proceedings at the Kuvaonga residence in Highfields while her mother, Yolanda came to the Old Highfields mosque and but elected to stay away from the Muslim procession.

While addressing hundreds of mourners at a mosque in Old Highfields, Moana’s maternal uncle said the two families had already made peace before the High Court judgement was handed down.

“Whatever the outcome was going to be at the court, we had decided that we were still going to consider everyone’s interests as we did today.

“We also have learnt something in terms of the Muslim culture. There are people standing outside because of fear of the unknown. We tend to think Arabs are terrorists but that is not true,” he said.