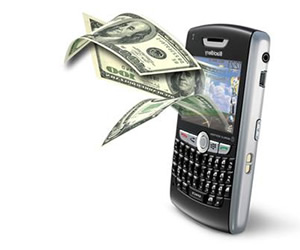 HARARE: Mobile based banking in April reached $792.5 million, an all time high as cash strapped Zimbabweans shift to digital platforms, recent report has shown.
The southern African nation is in the grips of a an acute banknote shortage fuelled by a widening trade gap and declining production.
A report on the country’s banking sector by stockbroking and advisory firm IH Securities showed that traditional ATM transactions have fallen dramatically from $331.5million in January 2016 to $39.3 million in April 2017.
“The use of mobile banking has been increasing over the months and went from $388.9mn in January 2016 to $792.5 million in April 2017. Because of the convenience of mobile banking, we expect this figure to continue to increase as banks continue to partner with telco providers to increase convenience to customers,” reads the report.
“Internet banking has also evolved in the last couple of years as it has also become a convenient way of banking”.
Card based transactions increased in the month of April to $506.14 million from $451 million in March 2017, but lower than $551.78 million that was recorded in December 2016 most likely driven by the festive season.
Cash based transactions for the month of April 2017 were $459.61 million down from $703.3 million reported in April 2016, however up on December 2016 levels of $397.50 million.
The report notes that Bond notes, a local currency introduced by the central bank last year to try alleviate the banknote shortage, have since also disappeared from circulation.
As at April the Reserve Bank Of Zimbabwe (RBZ) had released $160 million worth of bond notes onto the market but the report says that “only $9 million was in commercial banks reflecting the scarcity of these notes even within the local banks”. This has meant that commercial banks have not been able to give out bond notes in branch or at ATMs.Advertisement