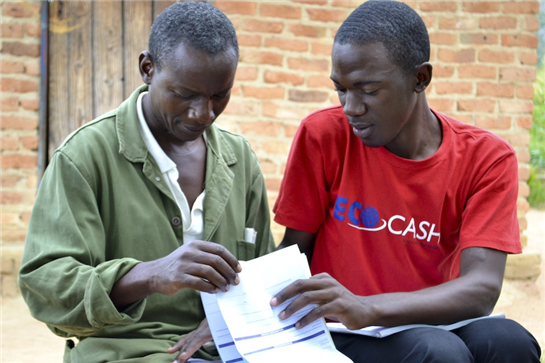 THE value of mobile and internet based transactions rose by 44,61 percent in June from the previous month as the wave of electronic payments continue gathering momentum.
Mobile and internet transactions rose to $388,46 million last month from $268,62 million in May, the Reserve Bank of Zimbabwe said in its monthly report for June.
The growing use of mobile devices in the country has opened the door for advanced financial products with consumers now able to access financial services at any time even in the previously unbanked remote areas.
Econet Wireless said its mobile money transfer platform Ecocash now boasts 3,5 million subscribers. Telecel Zimbabwe subscribers on its similar platform has reached 600 000 since its launch in January. It is targeting 1,2 million subscribers by year end.
The value of transactions processed through RTGS system in June 2014 increased by nine percent to $3,7 billion from $3,4 billion in May while the volume of transactions registered a decline of three percent from 200 146 to 193 582 in the same period.
The total value of card based transactions increased by 21,04 percent to $361,25 million in June 2014, from $298,46 million in May and the value of cheque transactions increased to $13,65 million in June 2014 from $12,42 million a month earlier.Advertisement