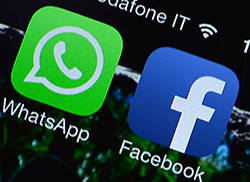 ZIMBABWE’S mobile operators registered a 14 percent decline in revenue to $188 million in the first quarter of the year as voice earnings continue to fall after a cut in tariffs early this year and the growing use of internet-based platforms, a report by the industry regulator has shown.
In January the Postal and Telecommunications Regulatory Authority (POTRAZ) abandoned the COSITU pricing framework – an International Telecommunications Union’s model for the determination of costs and tariffs (including interconnection and accounting rates) for telephone services – in favour of a long run incremental cost (LRIC) model, which saw voice tariffs tumble by nearly 35 percent to 15 cents per minute.
An industry performance report by POTRAZ shows that mobile network operators generated a total of $188,546,846 during the quarter compared to $219,707,438 in the previous quarter after total traffic declined by 17 percent.
“The decline in revenue cannot be wholly attributable to the tariff reduction, but also to the substitution effect whereby consumers are slowly shifting to internet and data based applications such as whatsapp which are becoming more popular by the day,” the report reads.
“This is evidenced by the decline in voice traffic processed by the mobile operators and the increase in data traffic and revenue of 7.4 percent.”
Fixed telephone voice revenue fell 19.5 percent to $35,737,488. Revenues by Internet Access Providers (IAPs) increased by 7.4 percent to record $33,7 million from $31,4 million generated in the previous quarter.
Total money transferred using mobile services during the quarter was down 7.7 percent to $406,988,613 despite a 7.3 percent increase in mobile money subscribers.Advertisement