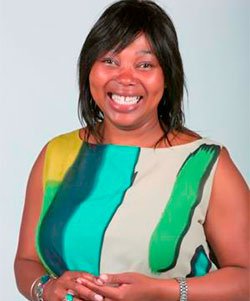 THE search on for the next Mrs Zimbabwe 2016, a pageant for married women which organisers describe as an “empowering programme …  not just a beauty pageant in the traditional sense of the word”.
“Mrs. Zimbabwe isn’t a beauty contest – it is about women, identifying and praising all their skills and accomplishments and recognizing the fact that women can succeed in work, life and relationships,” reads a statement from the organisers.
The pageant is coming to Zimbabwe for the first time this year, with the winner set to represent the country at the Mrs Africa and Mrs World finals in South Africa next year.
According to a representative of Mrs. Africa Zimbabwe, Patience Lusengo, the vision is to create a unique pageant that also recognises older and successful women.
“The beauty industry is built on ageism,” said Lusengo.
“Mrs Zimbabwe is bringing a refreshing space in which women can celebrate the spirit of the pageant. We are obsessed with looking at women when they are young, single and available.
“But, society does its best to ignore older women, women with families, and women who are reaching the peak of their professional powers.
“This is the women whom we want to be more visible considering they have got life experiences and something to say.”
Eligible models must be successful businesswomen, mothers and wives between the ages of 25 – 50 years of age.
The models should also be housewives, who run their own businesses, and are in a stable career environment and preferably even those that hold very high positions in corporate companies.
Lusengo said, ultimately Mrs. Africa Zimbabwe 2016 is looking to crown a Zimbabwean lady “with beauty, intelligence and a purpose”.
“The pageant has become the most prestigious, most looked forward to and respected pageant on the calendars in most Africa countries and for the first time Zimbabwean women have a chance to enter the competition.
“We therefore announce that those that would like to participate in the event. Please send an email to Zimbabwe@mrsafrica.org.”Advertisement