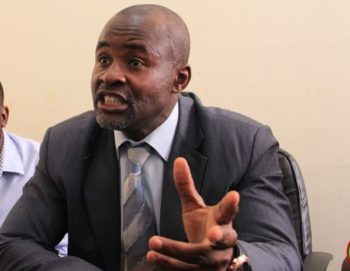 NORTON legislator Temba Mliswa has called on both government and parliament to introduce a law that would protect public officials from unfair attacks via social media.

He was speaking in parliament Tuesday as he paid glowing tribute to Kembo Mohadi for electing to resign from being State Vice President when details of the ex-government official’s sex scandal exploded on social media.

Mliswa, who is smarting from a media barrage on a bitter fall-out with lover Susan Mutami, said public officers were vulnerable to attacks via social media.

“Mr. Speaker Sir, may we also be aware of social media that it is an animal that attacks.

“For as long as we do not give a fair trial to anybody implicated, tomorrow it will be me, but for me, I am used to it anyway; so, it is not much of a problem.

“For other members who are here, including yourself Mr. Speaker Sir, it just takes one person to write something which is not true and that becomes a fact.

“There has got to be a way through the law, I think the Minister of Justice is hearing me and can at least come up with a credible way of ensuring that whatever is alleged is true or not.

“As politicians we are very much vulnerable to that,” said Mliswa.

He did not hide his admiration for Mohadi’s humility in tendering his resignation following the sex storm.

“I would like to recognise the work of Vice President Mohadi who has resigned,” said the MP.

“No matter what differences we have with him, I must say I had differences with him, but he never took it a step further. He treated you as a leader.

“The decision he has made is a decision which he has made to put the country first. He is somebody who liberated this country and when he was called to parliament, he would answer questions.

“I hope that he is leaving knowing that the respect he has earned is something that is a legacy.

“At times leaders do not resign, especially African leaders. They like to stay and die in power, but he chose to put the country first and as such, he has earned respect of many,” the MP stated.

He added, “Mohadi goes with dignity and integrity.”