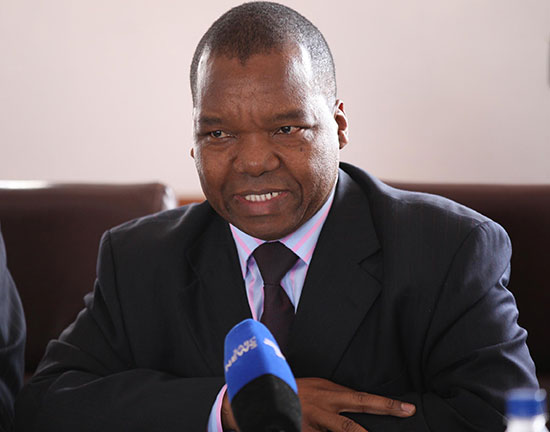 CENTRAL bank governor John Mangudya says he will present his first monetary policy statement for 2015 next week, set to carry some weight as it has been crafted with some monetary leverage following the introduction of bonded coins.
Monetary policies since the country adopted dollarisation in 2009 have been largely insignificant as the country is using foreign currency, reducing them to regulatory pronunciations.
However in December last year, the central bank governor introduced bonded coins to alleviate the shortage of change.
“I am just waiting for approval from my minister (of finance, Patrick Chinamasa) but I must present the monetary policy either on Wednesday or Thursday,” Mangudya told The Source in an interview on the sidelines of a Zimbabwe National Chamber of Commerce facilitated dialogue on bond coins in Bulawayo on Thursday.
He said he will also address the issue of some banks that are reportedly not accepting bond coins.
“I have heard that some banks are not taking the coins and in fact I have noticed that some of the banks’ orders are low and I have often wondered why.
“That will be addressed. Every bank must accept the coins because their value is the same as the dollar,” he said.
Mangudya said he was also in the process of cleaning distressed banks and by June no financial institution will be struggling.
“The interbank will be running from June. From now onwards we are cleaning the financial sector so that by the time we introduce the interbank market there are no distressed banks. We don’t want ailing banks to take advantage of the interbank facility,” he said.
He added that salaries in Zimbabwe were too high and was not corresponding with production.
“Here we calculate PDL (Poverty Datum Line) using a family of five. That is wrong, other countries calculate PDL basing on individuals that is why their salaries are low,” he said.
“Our salaries and demands are way above the region. We talk of minimum salary of $246 but in Malawi it’s $50, $90 in Botswana and $75 in Zambia. These salary demands are making us uncompetitive.”Advertisement